TR!C is a source of intrigue as one of Rap and RnB’s self-proclaimed outliers. His emotional availability and aptitude for innovation has been as much an asset as his eclectic... 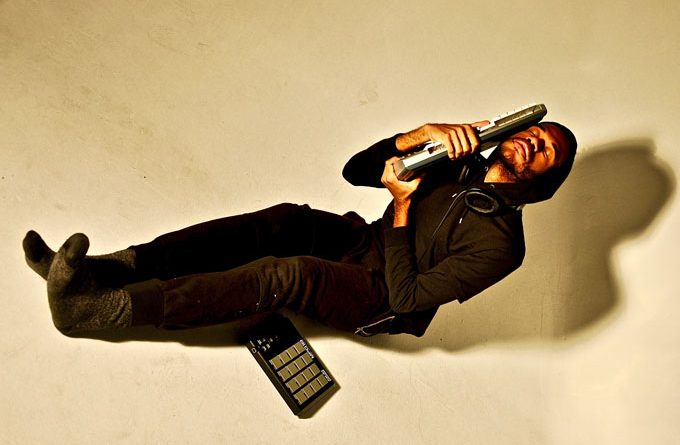 TR!C is a source of intrigue as one of Rap and RnB’s self-proclaimed outliers. His emotional availability and aptitude for innovation has been as much an asset as his eclectic palette. These traits solidified him as an artist with a sizable reach across pop, rap, RnB and presumably alt-rock. TR!C’s charm is probably able to carry him quite far in this industry. Understanding that he is prone to experimentation as a dedicated tinkerer and envelope pusher, fans must repeatedly make plenty of room for his futurist leanings, art school idiosyncrasies, and rhythmic Afro-Caribbean gripes to exist in urban music. Drawing on influences that broad is practically unheard of in the urban mainstream. But then TR!C probably has no intentions of being mainstream.

TR!C is an artist and producer originally from Cologne, Germany and raised in South Florida, currently living in Chicago. As a child of the African diaspora, his sound is best described as Afro-Caribbean sadboi music often relying on a mix of influences ranging from Papa Wemba and Bayuda to Kid Cudi and Nirvana. His latest release is the 8 track recording, entitled “LOVE/!S/TR!CCY”. 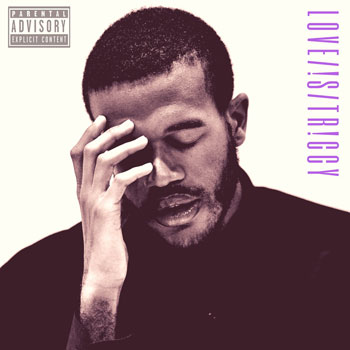 To me TR!C solidified his creative sound and engraved it in stone with this project. He sounds so comfortable and melodic on every track. The percussion hits so smooth. For someone who doesn’t use mainstream guerrilla tactics, the EP has a little something for everyone who is a not only a TR!C fan, but a fan of hip hop, R&B, alternative, and just cool rhythmic vibes.

The man literally pours his heart out on tracks like “Dos” and “441”. Every song contains a different emotion based off TR!C’s inquisitive mind and you can really hear the love and passion for the music. Take time to grab some headphones or high quality speakers and dive into the groovy sounds of  “Never Break Up” and “June 27 ft. Yemurai”, don’t just play it in the background and judge it based off that.

You’ll be charmed by the production on these recordings which have been personally handled by TR!C, showcasing his entire skill-set, apart from just rapping and singing. Though his unguarded raps and croons will no doubt earn him his spot, not only in the eyes of devoted fans, but the entertainment world at large.

“LOVE/!S/TR!CCY” is an ambitious project, notwithstanding the only 8 tracks. TR!C  goes deep into the recesses of his mind, giving listeners a panoramic view of his inner-workings. Most importantly, it’s a fascinating sonic adventure from start to finish.

The lyrics come across not only as genuine but extremely heartfelt as well. The entire album is cloaked in a feeling of being anti-radio, delivered with a captivating swirl of music, that TR!C  executes with calculated precision, using unbridled emotion, powerful rhythms and production sophistication to paint a colorful portrait.