Kobi Arad is an Israeli-Amercian musician who lives in New York, performs and composes in NYC’s top clubs like Blue Note, Jazz at Lincoln Center and City Winery. He... 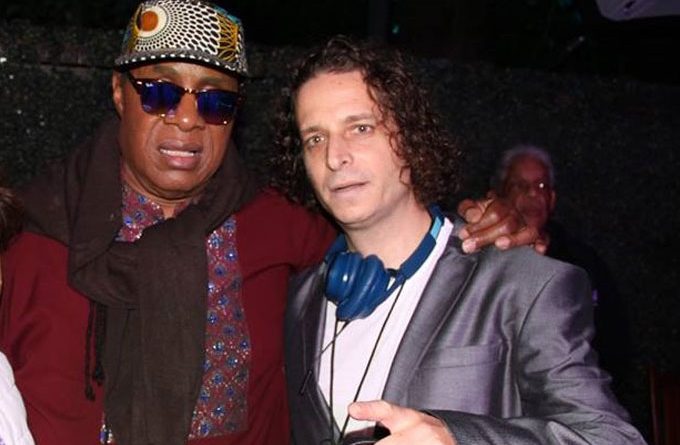 Kobi Arad is an Israeli-Amercian musician who lives in New York, performs and composes in NYC’s top clubs like Blue Note, Jazz at Lincoln Center and City Winery. He collaborated with Stevie Wonder (a co-production with Stevie Wonder’s manger, Stephany Andrews and Stevie himself); he finished Doctorate in music from New England Conservatory; has 20+ self-titled CD’s on amazon.  In 2014, Kobi Arad has received award from the Israeli government, noting special excellence in Jazz and creative improvisation. Recently, Claes Nobel asked Arad to assemble 21 Grammy winners and nominees and produce them in Los Angeles with an African band called Ganda Boys. His song ‘Forever’ just won Silver Medal for Exceptional Achievement from Global Music Awards.

Kobi Arad’s new project ‘Cubism’ drew attention from various critics, including Grammy Winning producer and bestselling Author, Kabir Sehgal (Arturo O’Farrel, Ted Nash), who wrote: ”Cubism is seminal and salient, curious and captivating. Makes you think and feel, on a whole new level.” You may ask yourself, what so special about this new recording, and how is it really different from all the other Jazz CD’s launched these days. Kobi Arad provides us with a hint: “In this recording I made effort to really have a multi-dimensional take on jazz”, “a vantage point that really is diffetent than all others, in that it views every melodic segment, every ripple, every theme within the song simultaneously”.

Inspired by progressive (yes, even today) ideas of Cubist art and multi-dimensionality within modern science, Arad has been long been a buff of modern physics. “Asides from having 20 plus CD’s on my name, I also published books that discuss Physics and Kabbalah, and how they meet and complement each other”. “I find esotericism and ideas which are at the fringe of perception, to be extremely interesting”, comments Arad. In this CD, ‘Cubism’, Arad has taken this scientific exploration to the exciting shores of musical experience, one that explores emotional and psychological characteristics of floating between dimensions.

“Many of us experience multi-dimensionality when we smoke various Hallucinogenics”, states Arad. “We live in a reality which is a compound of almost infinite layers of consciousness and interpretive visions”. “We only see a minuscule part of the sea of vibrations that surrounds us, and affects our decision making and thoughts”, Arad claims. In this CD an effort has been made, tp translate that experience into sound. He continues, “By examining a particular theme from a multi-angular perspective like, for instance a higher being would see our reality – with no barriers and no gaps, we could have an experiential glimpse of how the creator feels like, get a sense if the truth if reality”.

By listening to Charlie Parker’s ‘Donna Lee’ presented that way, we are exposed to a flash of flux arriving at us in multi-referential levels. We hear phrases from middle of the standard pervade melodic segments usually associated with the initiation of the song. It all mushes together, but in a delightful way. It does take immense virtuosity and mastery, both possessed by Kobi Arad – to deliver such an outstanding musical and spiritual outcome.

Other standards which receive attention in this song are Miles Davis’ ‘Solar,’ Thelonious Monk’s ‘Blue Monk’ and Sonny Rollins ‘Oleo’. By sticking to some simple standards (well, at least some of them), Arad manages to introduce and add intricate layers of sensibility to the content, almost to take them into an unrecognizable stature. “It is important for me sticking to tradition”, states Arad, “and through tradition keep evolving and reaching new heights”.

Nexgod: “The Universe” ft. Blizm and JL – a product of its time!