Dance music should be pretty simple. Take one good slice of melody, surround it with atmosphere and attitude, and then add layer after layer of gripping, stomping rhythm and... 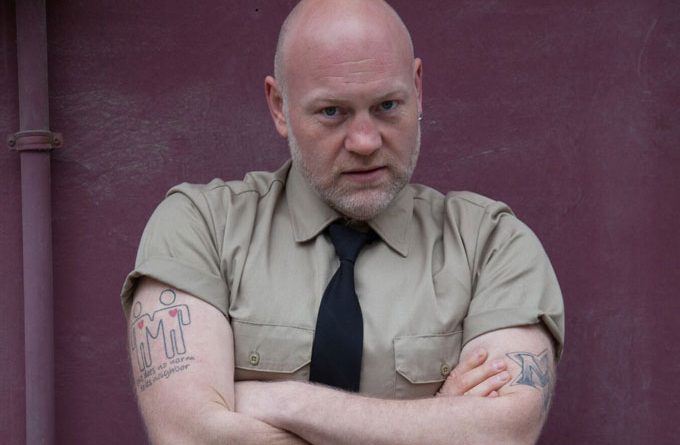 Dance music should be pretty simple. Take one good slice of melody, surround it with atmosphere and attitude, and then add layer after layer of gripping, stomping rhythm and shimmering synths. OK, maybe it’s not that simple. But Martin Strecker makes a strong argument for this diamond-edged simplicity on his 70’s, 80’s & 90’s disco and pop blended record, “Disco Extravaganza”.  The Danish-born artist, who is now based in Turkey has a downsized approach and creates pieces of atmospheric and rhythmic melody that profits greatly from an uncluttered, direct mindset. From an influence perspective, there’s nothing direct about it at all, actually. There are dashes of many musical eras and styles. But it’s all mixed up with breezy electro-styled production, which gives the music a sparse and snappy pulse that creates space and complements Martin’s pinpoint songwriting.

The beauty of “Disco Extravaganza”, is that is also a reflective album which with every listen will transport you immediately. I can play it through without skipping, because each song has some riff or gem of a lyric; there is always something about any given track that makes me go “Oh yes, this one, this is my favorite!” This is a musical landscape to wander over while shaking your booty, as the lyrics are as sharp as the music is vivid. 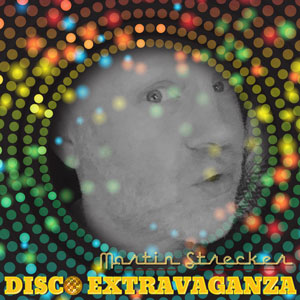 Very few modern albums have both these qualities. But with age comes experience and knowledge. Martin’s lyrics are always relevant and touching. Sometimes they reach so deep and touch in a way as to feel he’s talking to or about you. His music is just magical. Every time I hear the bridge in the middle of “A Life You Won’t Be in Anymore” my heart just stops and I’m blown away by its subtle power.

“Disco Extravaganza” is a 5 star album, one listen to tracks like “Butterfly”, “Loved Enough” and “Sweet Memories” and it’s clear that Martin Strecker is far more than an electronic artist with a flair for danceable pop tunes. This guy is a mature musician that transcends any genre tags and goes well beyond with this gorgeous aural experience. The most striking aspect of the album, despite the ostentatious title, that most people will notice, is that this isn’t just a four-on-the-floor dance record. It’s got pop ballads and mid-tempo gems too.

This isn’t a bad thing, as Martin seems to really nail it when he goes the pop route with a slight taste of melancholy. Overall the album has an interesting mixture of musical themes, which actually ends up working well. The songs and arrangements are as soothing as they are sharp and incisive in lyrical content, and often you’ll be torn between the desire to dance or just sit back and listen.

Either way, the music on “Disco Extravaganza” evokes a response from the listener. This offering has many songs that are clever, compelling, and catchy, while Martin’s vocals seem sure and smooth all throughout. The album shows us how mellow, yet very beautiful Martin’s voice can be, regardless of the tempo at hand. A perfect example of this can be found on “Spinning Me (Disco Extravaganza)” which is an up-tempo dance tune with a catchy chorus hook. Martin’s vocal delivery, while dynamic and energetic is never overwhelming, and sits comfortably within the soundscape like a hand to a glove.

The actor turned singer turned school teacher turned radio host… and turned singer again, has clearly learned to master his craft since he started out in the nineties. But two decades has not only taught Martin Strecker the tricks of the trade it has also enriched his baggage of personal experiences and awareness. As he also uses his music releases to raise money for Syrian Child Refugees and for LGBT rights. Something he continues to do with the release of “Disco Extravaganza”.

SPACE: “Away From The Money” unravels the talent he has at his disposal