Flexico Deeskie comes out of Dallas, TX, to where he moved from Kansas City, MO, in 2005. Fresh on the grid, he became an active artist in July of... 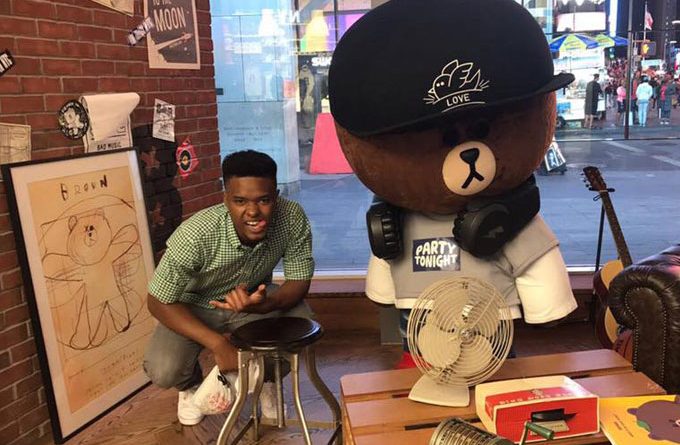 Flexico Deeskie comes out of Dallas, TX, to where he moved from Kansas City, MO, in 2005. Fresh on the grid, he became an active artist in July of this year, and has been steadily dropping singles to build his catalog and fan base. Flexico’s emphasis on a positive attitude and grinding, pops up regularly as does his commitment and dedication to his craft. These trademarks of his personality and style, are of course very much evident in the single project, ‘Leanin’’. Trap music’s roots date back quite a few years, and it’s been a presence in rap’s mainstream in various forms since at least the early part of the previous decade. In the 2010s, it became the dominant commercial mode for rap, with other regional sub-genres mutating its primal elements into something new. ‘Leanin’’ certainly falls within trap’s ever-expanding parameters, but it’s supremely laid back, nearly 180 degrees away from the maximalist era. And that’s appropriate for Flexico Deeskie’s homegrown style. The tone has a sunny freewheeling attitude, yet there’s a pernicious sobriety that is hidden under the surface.

Part of this perspective comes from the artist’s ability to have fun, dish out all-encompassing lines and still be dead serious about his craft. That record’s arc is short but powerful.

For stretches, ‘Leanin’’ is the sort of personal venting you might hear if you were eavesdropping on someone’s therapy session, so long as the narrator had a razor-edged pop instinct such as Flexico’s. That’s the sort of honesty you simply can’t fake. Flexico sounds like a quintessential feature artist capable of packing terrific lines into his songs and capable of stretching his skills to shoulder the weight of an entire track.

He uses his sonic landscapes for both motivational aphorisms and exceptional quotables. And checking his earlier material, it is evident that we’ve never heard Flexico Deeskie more confident and comfortable than he is right now on ‘Leanin’’.

This new track allows listeners to slide into the passenger seat and sonically autopilot through Flexico’s lyrical journey. ‘Leanin’’ focuses on the lyrics but stretches itself with the production too. I found myself enjoying this song for the unique quirks Flexico throws into the verses.

“Trump in the Trunk” will make you laugh…and think

5Chevez: “Gracias” – Latino Rap to brighten up your day!