Rap and EDM seems to be two different sounds and styles surprisingly meant for one another. There has been some major collaborations between the most unlikely of pairings, and...
by Staff October 31, 2017

Rap and EDM seems to be two different sounds and styles surprisingly meant for one another. There has been some major collaborations between the most unlikely of pairings, and the results have been some incredible sounds. The hybrid blend is still evolving, as there always seems to be a rap artist starring in some kind of new EDM flavor every day. Fresh to the table comes, eclectic Kenyan-born and Seattle-based music producer, Lucas Morais, alongside rap and hip-hop artist, Capriccio. Together the two star in the high-energy track – “Relentless”. With a bass pulsing like a jackhammer under a galloping groove that provides a heady rush, this is a smash waiting to happen. 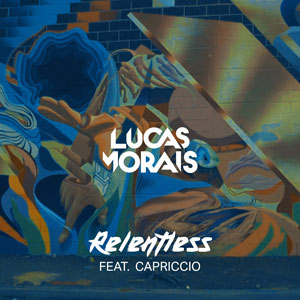 Lucas Morais mixes up radio-friendly tricks with a harder electronic assault that shows he hasn’t lost his edge since his debut single “Rebirth”. This is an industrial-strength instrumental that piles on the EDM drama, allowing Capriccio to show off his rhyming skills, providing a euphoric high that is instantly addictive.

“Relentless” will keep the party rocking while barely missing a step. If there is any underground producer in the industry who is bound for greater success this year, it would certainly be Lucas Morais. He is a skilled and versatile producer who is becoming even more solidified after each release.

Morais will surely cause tremors around the world playing this massive banger in front of large crowds. It should become an absolute main stage slayer in the very near future. With its groovy basslines and nifty growling synths, this record is quite a riveting production from start to finish.

Lucas Morais music in general comprises an eclectic selection of sounds that covers several grounds of electronic music. From hard style, trap, hip-hop, to dubstep and house, his ideas form a style anyone can enjoy and appreciate and with Morais’ creative and dynamic mind, the production that take part in his releases are nothing short of amazing. 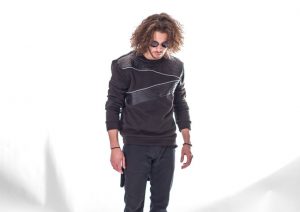 With this in mind, “Relentless” efficaciously cements Lucas Morais’ entry into top status within the underground music industry and will surely compete as one of the best crossover electronic and rap tracks of the year.

MORE ABOUT: Currently residing in Seattle, Washington, Lucas Morais was born in Nairobi, Kenya, and later moved to Brazil. Certainly, the connection he feels to these cultures, languages and peoples have greatly influenced his interpretation of the music he produces. Both the African and Latin percussive rhythms dictate the mood and drive the intensity of his music’s beat. Multi-talented, Lucas is comfortable in the role of entrepreneur, entertainer, artist, DJ, producer and dancer. He strives for personal excellence and holds himself and his music to the highest of standards.