J-ClaWsin is a 22 year old Hip-Hop and Rock inspired artist from Surrey, BC, Canada, just outside of Vancouver. Part of the independent group called HazMatMusic, he started writing... 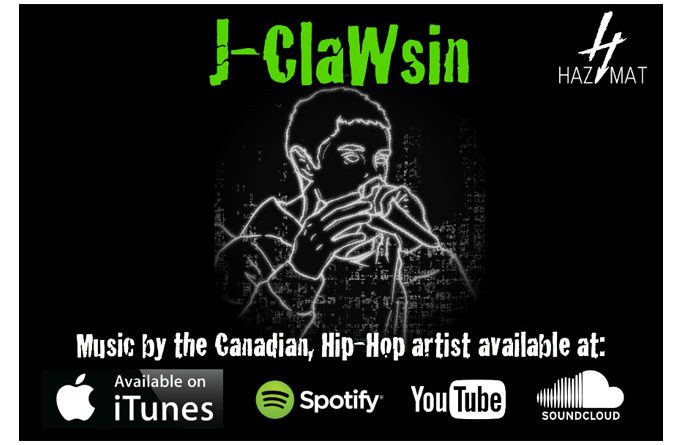 J-ClaWsin is a 22 year old Hip-Hop and Rock inspired artist from Surrey, BC, Canada, just outside of Vancouver. Part of the independent group called HazMatMusic, he started writing songs and poetry at the age of 13 and grew up using music as a way to cope with life’s stresses and hopes to help others with his lyrics. J-ClaWsin has opened up for established artists such as Tech N9ne & Krizz Kaliko, as well as Devin The Dude and Onyx. “Need to Grow” is the first solo song he wrote after coming clean from alcoholism, and is also the lead single of the upcoming album “ClaWstrophobia”.

“Need to Grow” is a track that could have been written by you or me if only we had the talent. Instead of taken the clichéd route, J-ClaWsin decided to do what the great blues and country singers of the past did, and that is write something everyone can relate too and find entertaining at the same time. Instead of standing on a soap box and rapping about killing, fucking and tripping, and everything else a dumb male is expected to write about, he talks about looking inside yourself when you’re in a dead end street and change the way you are. 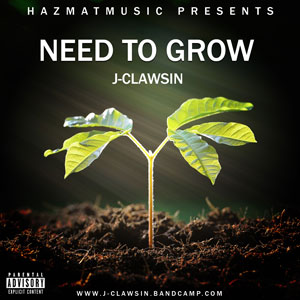 “Lately I’ve had a couple of realizations about my behaviors. I’m my own downfall and not my own savior. Any situation with a little bit of work and I can turn it all around…” Reminiscing and defining his view on life, J-ClaWsin speaks about the philosophy of living. About finding that peace of mind that he tries to find in each and every day among the struggles.

Being spiritually separated and mentally levitated sometimes is not enough in life’s cruel game. “Going down this road. I’ve been tryna grow. Never stay the same, but I realize that I don’t even know how to play this game. Why the fuck does this life have to be a game. Eventually we’re all gonna die and I find it so insane.”

It goes without saying that J-ClaWsin definitely knows how to cook up a mind-bending aural dish – both lyrically and musically. Whether you like it or not, you need to get hold of that overall feeling he is trying to define in this song.

It’s one of anger and contempt, but at the same time it also conveys a spiral of empowerment and hope. J-ClaWsin is also a musical beast when he wants to be. His voice hits high stride in mid-song, creating a series of machine gun rhymes that flow like water off a duck’s back.

Given his underground status and relatively low profile – this being his debut solo single – I’m surprised by the amount of confident swagger J-ClaWsin injects into “Need to Grow”. He sounds like a headlining veteran already. It’s easy to see why J-ClaWsin will manage to build himself a loyal following; in addition to his natural charisma and impassioned rhymes, he sounds grounded in way that’s atypical of ambitious rappers.

Earl Adamant Allen: “Can’t Get Enough” – forging his own path of positive