It’s simple, The New York City MC, Uptown Dyckman’s own Glory Lives delivers a banger, titled “OMG” prod by super producer Ovalord. From the hard-hitting boom bap displayed, to the lyrical content and witty flow they nailed this one! It was like a match made in heaven. I know it sounds cliché but Lord this sounds like the old New York that we all miss. Glory often states “respect the culture”. Do yourself a favor, do Hip-Hop a favor, and play this record! This one is really for the culture wow! “OMG” is currently available via all major digital retailers. Get familiar with Glory Lives and his new track. 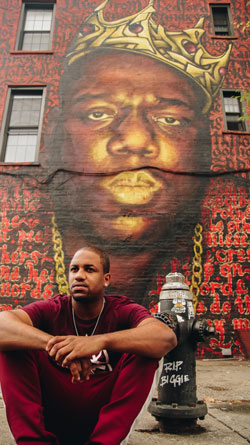 MORE ABOUT: Glory’s quick witted intelligence mixed with a hustler’s ambition made the street life easy to conquer. But a desire to escape the perils of his dishonest living led him down a new path. Though basketball was his first love, a passion for music and writing also played huge part in his life.

Listening to local rappers in cipher sand hip hop icons like Jay Z on the radio fascinated him. He used rhymes as a therapeutic outlet to release his emotions.

Like basketball, music became his new salvation from the streets. Striving for a better tomorrow, the lifestyle of fast money, cars, and drug dealing became a thing of the past. The young man who lost himself to the streets found a new outlook on life. Dominique resurrected himself as Glory.

He explains the moniker by saying: “The name is befitting. I always said if you’re gonna apply yourself, you should be glorious at it.” Glory’s ambition and unwillingness to succumb to adversity are evident on his first project, “Failure Not An Option.”

Highly motivated to progress and strive for success, his music conveys a positive message. His next project “Uptown State of Mind,” pays homage to the streets that raised him.

Never forgetting his roots and life lessons, Glory tells his tales of survival and triumph. “Music allowed me to change my life. It’s the only thing I was loyal to and never gave up on when the walls were closing in on me.” Whether it is basketball, fatherhood, or music, Dominique (Glory Lives) has proven that failure is not an option. 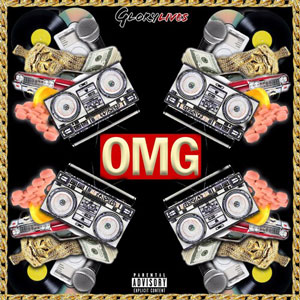 Book T: “Exit 300” – a balance between cohesion and variation