Primarily known for his past work in the Praise and Worship genre, John Sellers says that his debut project “Love Burns Like A Fire”, is a return to his... 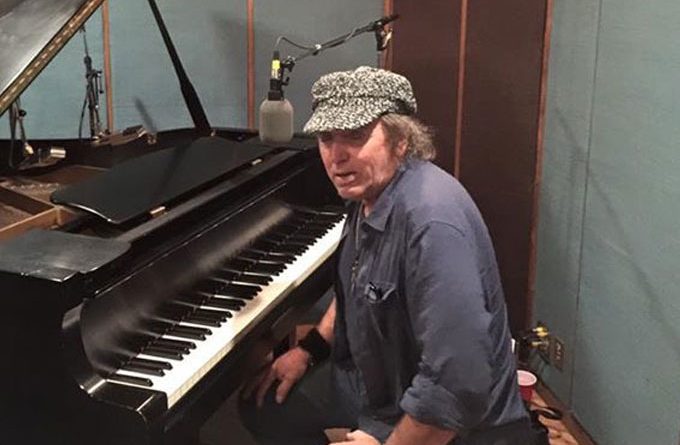 Primarily known for his past work in the Praise and Worship genre, John Sellers says that his debut project “Love Burns Like A Fire”, is a return to his rock and roll roots, and the kind of album he has always wanted to make. To make matters even better, the recording was produced by Mike Deasy, who also played guitar on the album. Mike is a musician who has performed and recorded with some legendary artists during the 60’s, 70’s and 80’s.  Some names that immediately come to mind are, Ritchie Valens, Frank Sinatra, Elvis Presley, Billy Joel, Kenny Rodgers, Barbra Streisand, The Beach Boys…need I go on? John called up Mike on a ‘quick impulse’ after having first met 30 years earlier at a studio session. The reason for the call-up was simple, after reading Mike Deasy’s bio page, John discovered that Mike had played on just about every hit record during his Jr. High and Sr. High School days.

If pure unpretentious rock n’ roll is your thing, then you will know after listening to “Love Burns Like A Fire” that this is a match made in heaven. Joining John and Mike, to make up the John Sellers Band on the disc are, Jim Horn (sax, flute) – Jim played Bangladesh with George Harrison and went on to tour with Joe Cocker on the Mad Dogs and Englishmen Tour, Monica Rose (bass, vocals), Marty Naul (drums, vocals) and Andy Gurley (guitars).

The collective kick off the album with a live version of the titular track, “Love Burns Like A Fire”, and sound fully energized, with John pushing his vocal chords into the ruff, while guitarist Mike Deasy turns in a performance that would certainly wake up the old folks’ home.

Nostalgic, yet current, the mix is perfect on “OooWee”, with guitars screeching and pianos sprawling all over the arrangement. This is rockabilly infused with some anarchy just for good measure!

“In Plain Sight” comes out of the blocks with a big brassy sound, before the band settle into the rhythm and blues infused “Noodlin’”, featuring fiery guitar work from Mike Deasy, and stabbing horns which sit extremely tight in the mix. Sellers then slides into smooth mid-tempo, piano driven balladry on “High”, just to allow you to catch your breath.

The bouncy “Get It Right” features some groovy talk box guitar before the band switches back into rockabilly mode on “Exclamation Point”. This deep into the album it’s clear that John Sellers and crew are not here to reinvent the wheel or anything, but to keep it rolling as smoothly and purely as ever.

The melodic slow-burner “Our Place”, in its simplicity, is one of my favorite tracks on the entire album. If only for the evocative emotion it transmits – both lyrically and vocally. That’s of course until I hear “Peggy Martin Rose”, which for me is the album’s absolute centerpiece. I love everything about this song – the arrangement, the production, the chord progressions, and the intense atmosphere it creates.

After “A Hundred Mistakes”, the album closes with another outstanding performance on “Table in the Wilderness” featuring Mike Deasy. But if I’m going to remember this album for a very long time, it’s going to be because of “Peggy Martin Rose”. I would describe this track as essential listening on a whole lot of levels.

“Love Burns Like A Fire” is a rock n’ roll gem. It’s a raw, almost live-sounding stomp that comes in at 11 songs and spends every bar of that time doing absolutely everything right.