“And in the naked light I saw, Ten thousand people, maybe more, People talking without speaking, People hearing without listening, People writing songs that voices never share, And no... 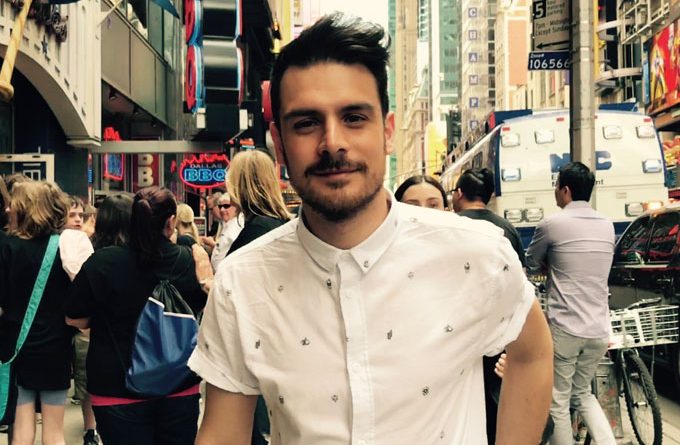 “And in the naked light I saw, Ten thousand people, maybe more, People talking without speaking, People hearing without listening, People writing songs that voices never share, And no one dared, Disturb the sound of silence”. Could it be that this revelation is about how everyone is truly meaningless? That no matter what we say our words fade into the wind and will never be heard again? Is it a prelude to when no one will ever connect with each other as they do now? Is it a prelude to when technology will consume everything about our lives and we, as humans, will no longer do anything with our lives? This is an amazing part of the legendary song, “The Sound of Silence”, reworked by Michael Lukes, an artist born in England but relocated to Rome Italy, along with his family.

Michael discovered his passion for music to the notes of The Beatles’ Yellow Submarine during a school play. He later formed a cover duo with his friend Michele and went on in 2014 to collaborate on a cover of David Guetta’s Titanium. In 2017 he decided to undertake a solo career and released his first single, ‘Infiniti Noi’. But Lukes aspired to something bigger and his cover of the Simon and Garfunkel song is just the beginning for what will lead to an EP in English to be released this year.

If you choose to remake a song, you will undoubtedly face comparison to the original. Such is exceedingly the case when you remake a legendary song from the soundtrack of the 1960s counterculture movement. Michael Lukes does just that with the Simon & Garfunkle megahit, “The Sound of Silence”, and does it brilliantly.

The original acoustic version of “The Sound of Silence” made its appearance during the rise of folk rock. The gentle harmonies and acoustic guitar easily captured the attention of a nation during a time of growing social tension. The song’s deep emotion draws in the listener taking them on a journey of deep contemplation.

The Michael Lukes remake offers everything the original did and more. The remake is haunting, slower, and darker. Lukes’ sings beautifully; his voice is crisp and clear. The first verse opens with a slowly throbbing piano and gentle vocals. Lukes sings softly almost to the point of being a whisper, his vocals floating over the piano notes.

Strings join in, almost hesitantly, towards the end. As the track progresses, it builds upon itself. The second and third verses raise the profile of the song. The strings increase in both volume and depth. The piano still feature more prominently. Michael Lukes maintains clean vocals, easily striking the familiar notes as the power of his voice begins to make itself known.

The fourth verse builds the track’s depth even further. The music is more haunting, more emotional, offering a sense of a building epic. It is here that Lukes’ vocal power becomes evident, the higher edges creeping in; he builds tension adding a sense of urgency as if restrained only by the pace of the song.

“The Sound of Silence” closes with the plug being unexpectedly pulled from the amplification. The listener still stirred by the somber anthem is left hanging on wistful yearning, but the sound of silence is all that is left lingering in the air…

The Mayor 304: “Double The Hustle” – spitting off insider details in flurries of ardor

Moe Dollaz: “DaMoeNation” will catch everyone off guard