Musically, “Tales From Solluna” works best in its emotional space. A basic paean for nostalgia, where the ascendant, twinkling production pushes its wistful realizations into the higher hemisphere. It...

Musically, “Tales From Solluna” works best in its emotional space. A basic paean for nostalgia, where the ascendant, twinkling production pushes its wistful realizations into the higher hemisphere. It is bread-and-butter empowerment rap, awash in positive humility over stomping, lusciously layered retro beats. Better still, nonSense can rap, a skill developed over time as an underground rapper: He dexterously melds styles and perfectly rides the joyful beats on this 11-track album and even brings some righteous, slinky soulful soundscapes. “nonSense” was born and raised in the hard streets of Newark, New Jersey. Raised in a single parent household, he endured and overcame hardships. Coming from such a chaotic environment, he needed an outlet in order to express his frustrations, fears and future. So, he began writing poetry but was soon entranced by music. Drawing from his mother’s love of music, he began listening, experimenting and cultivating his own craft and style. He chose the name “nonSense”; aiming to create music that compelled the listener to dig deeper in order to reveal the message behind the words. 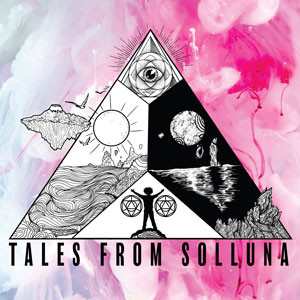 “Tales From Solluna” is a gem that ponders about how people in the modern day live, think and react, and flips that on its side. It’s progressive, thought-provoking, and knows how to treat any subject with a certain care that can be respected. But that doesn’t mean that all of this album is serious, many great tracks can raise the roof here, and nonSense has the subtly to choose beats that compliment every track to make the lyrics and the music two separate journeys in one.

The album is an amalgamation of what lies beneath the music scene in New Jersey, a record blending urban edginess, as well as melody and harmony with rich, retro chamber-pop influenced arrangements and a dose of hipster sentimentality.

This may sound like a travesty waiting to happen, instead it’s a brilliantly colorful union that plays as a perfect backdrop to nonSense’s lyrical skillset. Truly, each and every song features a uniquely constructed beat, and it’s no wonder why the rapper lets the beats run freely on almost every song.

On the surface level “Tales From Solluna” is simply a catchy, fluid hip-hop release. But listen further and you’ll find genius exists in the layered rhythms and the lyrical themes boiling underneath nonSense’s earnest storytelling and acute socially conscious observations.

Every song is laced with some sort of interconnection to the inner workings of the cuts message. By the time you hit the third track “Coronas and Craters”, you realize this album is exiting and is finally taking us back to what Hip Hop used to be. But it only gets better from here on out. 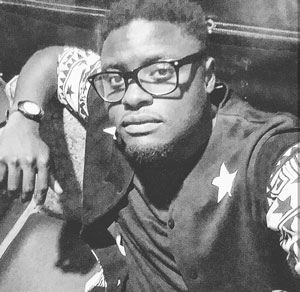 Let your ears fall on the back-to-back standouts like “Stars and Stripes”, “SpringTide/Neep Tide” and “The Lightspeed Traveler”. You hear the questioning, you feel the struggle, and you sense the urge for greatness. nonSense has a gift for bringing you into his emotional journey.

Every one of these tracks feels like the subject matter…once you are able to separate the music from the rhymes. It’s vital, because the music may take your emotions in one direction, while the lyrics aim to take you into a decidedly different one.

Case in point, “Guardian of Galaxies”, listen to the mellifluous melody in the opening bars, now observe the contrasting lyrics in the croon. It takes a special kind of creative to pull this kind of performance off convincingly.

All throughout the album, nonSense sure does have opinions on the current world climate and its society, and is not afraid to voice what he believes, which is an admirable trait. Technically and emotionally the best track on the album, for me, has to be “E.V.A (Ft. timmytepp)”, it has a well-defined sense of purpose and a strong lyrical focus.

The two soulful and melodic closing tracks, “Shadows of a Smile” and “From Solluna, With Love”, don’t fall far behind in terms of listener satisfaction. nonSense and the beats complement each other perfectly, with stunning musical arrangements that augment the discussion that the Newark rapper wishes to have with his listeners.

NUWEI: “Poison and Cure” – potent mapping between concept and execution

Keem Stonez: “Summertime” – the confident groove of a veteran