Born in Colorado Springs, Colorado 96′ and raised in Peoria, Illinois, Marvin Moore, artistically known as Marvylus started his music career in early 2017. Establishing himself as a co-founder... 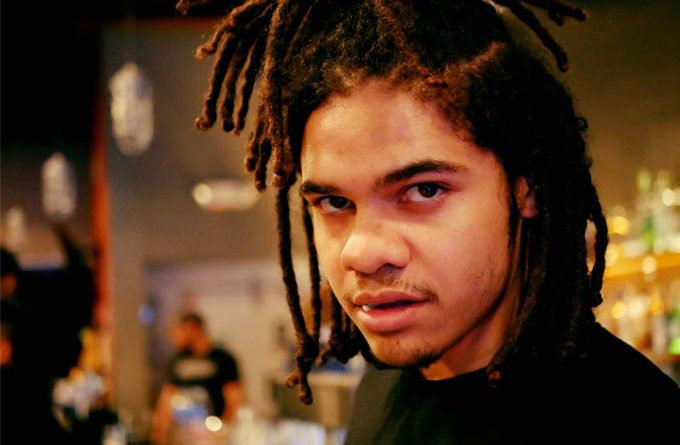 Born in Colorado Springs, Colorado 96′ and raised in Peoria, Illinois, Marvin Moore, artistically known as Marvylus started his music career in early 2017. Establishing himself as a co-founder and member of LoUd Life Crew LLC has allowed him to quickly shoot up the ranks and gain experience performing and touring with artist such as Raekwon of Wu Tang Clan, Skippa Da Flippa, Dizzy Wright, Jarren Benton, Snow Tha Product, Krizz Kaliko, Stevie Stone, Shoreline Mafia, B.o.B, Shwayze, and many more. The 21 year old artist and his LoUd Life Crew have also just finished doing a show with Devin The Dude, and have another setup for the 19th of April with Young Dolph. Mighty impressive stuff for any artist who has been on his grind seriously for only a year now. Most don’t achieve this much in a lifetime. 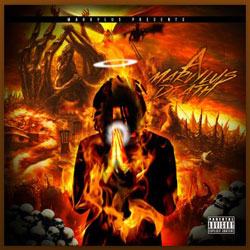 And just in case some of you are insanely thinking he hasn’t done quite enough, Marvylus also has a stunning 8 track album out, called “A Marvylus Death”. It is a fantastic album even if you don’t take into account the profound running theme throughout. If you do follow along however, it’s absolutely sublime.

How do we know this is  a stunning album? Well, most weak albums have one of four crucial flaws. Many start out with a bang, yet falter and lose gas by the last couple of tracks. Others start slowly, and pick up just in time towards the back half.  Some albums have tracks that are so diverse and inconsistent, that they end up sounding shoddy and confusing. And the rest have songs that all sound identical.

“A Marvylus Death” avoids all four of these pitfalls, as Marvylus conquers a wide variety of sounds, while maintaining a sustained momentum of excellence throughout. And while he is busy inventing and unfolding his sound on every track, he is in character with each song the entire time.

Marvylus provides dope rhymes, substance, and successfully strays away from the standard Hip Hop formula. He delivers a unique and creative sound with this album using a modern set of musical concepts. Marvylus’ superb lyricism, along with the gritty yet calming tone of his voice, compliment his subject-matter well, regardless of the subject; on top of that, he has a wicked flow.

The album features consistent, versatile production that works well with his voice and is sonically epic. The features are limited to only one by Grandmastasfunk, on “Puttin’ in That Work Freestyle”, as Marvylus holds down the bulk of the album on his own.

When the synths fade in on the opening track, “Why They Call Me Marvylus”, you know you’re in for an ultra-modern take on the genre.  The production is a couple of notches up from the standard fare, and is soulfully glorious and captivating on “Unnamed Song”.

Moving ahead to “Everybody Wana be a Gangsta Prequel”, the style morphs seriously towards cinematic as this dude proves that can do anything, sonically or lyrically. By the time you hit “I Did Not Wana Do It Freestyle” everything screams, ‘modern classic’ about this album. Marvylus is a unique talent. His soul and his passion for music just shine through.

But making good music is more than just having talent. There are a lot of emcees that can flow and have amazing lyrics but what Marvylus can do where others fall short is making a great song. As a matter of fact he made at least 8 of them on this release. And “The Devil Is No One To Mess With” is one of the best of the bunch. 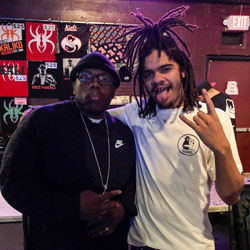 Here the rapper’s lyrical parlay is impressive. His lines aren’t merely littered with metaphors and similes, they are laced with complex rhyme schemes, filled with idea and purpose, and flow effortlessly. And if you put all of these elements on double speed you end with another tongue twisting stunner – the closing title track, “A Marvylus Death”.

The entire album is listenable, I didn’t want to skip a track during my first listen; this album will have staying power as long as you give it a chance. Marvylus is not a one trick pony and “A Marvylus Death” will demand your attention more than once. All in all – the lyricism, the production, and the features – “A Marvylus Death” is a refreshing rap album with outright originality and plenty of gems.

Marvylus has an incredibly promising career ahead, and has earned himself a dedicated fan. His horizons are indeed broad as you listen to the album from start to finish. Don’t miss out on this album, especially if you’re a fan of forward-thinking in the genre.

Noise Therapy: “Fun For A Change” an impressive showcase of skate punk