Kingly T: “Got It All” – a reflection of love’s uplifting optimism

Kingly T, who began his musical in Jamaica just arrived to his fifth album release, “Got It All”. In between, he was the lead guitarist for the group Ninja... 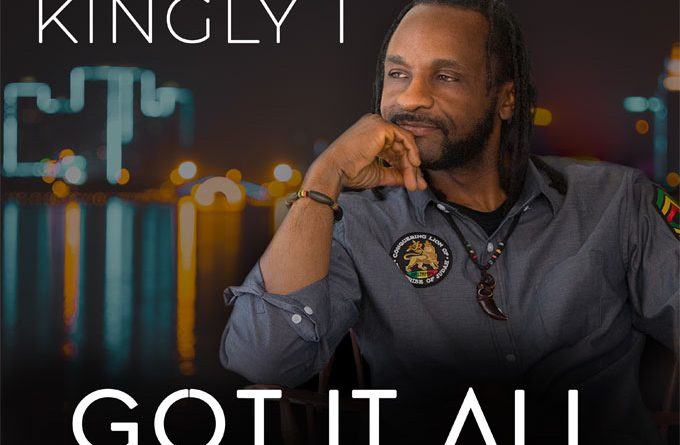 Kingly T, who began his musical in Jamaica just arrived to his fifth album release, “Got It All”. In between, he was the lead guitarist for the group Ninja Force, and has spread his music around the world, travelling through a number of countries, including Mexico, Japan and the United States. Kingly T, dropped his solo debut, “Unity” on 2007, and followed that up with releases in 2010, 2013, and 2015. On his latest 10 track album, the artist has worked hard to pack the art of his craft, learned along the way, into one solid confection. Unselfish immersion in music has created a humanitarian writer, musician, and artist that is able to cross cultures and genres. 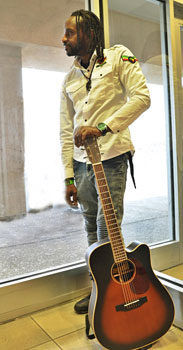 Kingly T has found a connection between all humanity – it is the battle for love, peace and dignity. And it is with this in mind that his music, a blend of reggae and smooth pop, rises above the chaos to a place of introspection and reflection. Simple and soothing, his truths are sung in choruses of love. This is beautifully uncomplicated music, with authentic vocals and uplifting, good vibes, the underlying wave.

Kingly T opens the album with “So Nice”, which quickly lays down the positive grooves that the artist has in mind: “You’re like sugar, you’re like spice. Everything so nice,” he sings. This is followed by the sweet blue-eyed melody of “My Special Lady”: placing Kingly T’s vocal talents in the spotlight and offering up some great brass and keyboard work to punctuate the message.

Musically rich instrumentation does not overshadow the message of love on the title track “Got It All”. Rather, each piece fits together, working perfectly to create a beautiful tapestry of sound. Stunning to the ears, this is a cut above the rest.

Kingly T is a musician on a mission here, believing that love is a connective tissue that will conquer all. “Miss Hard To Find” is all about that special, once in a lifetime girl. Kingly T’s smooth voice brings everything together on “Can’t Give Up”.

When you listen to this you will know it is reggae but some of the minor influences of ska and pop are also easy to detect.  Nearly half way through the album and Kingly T’s voice is definitely a highlight. His vocal delivery is very soothing and laid-back it is almost like he is singing to you alone. Now deep into his solo career, he knows exactly where he wants to take his music. 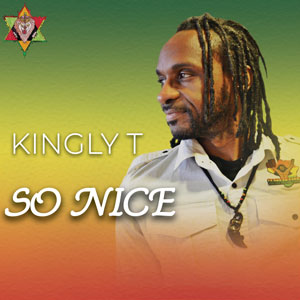 This is smooth but creative reggae album, and Kingly T uses his resources quite well, blending together diverse instruments, soulful backing vocals and percussion which is very effective. Kingly T is as authoritative as anyone in aiming to push reggae into the future. His desire to stretch himself as well as his art form into new musical territories is immediately clear.

This a pop oriented reggae album ideal for someone who is in tune with soulful music and the theme of love.  “Give Me Strength” and “Only Jah” showcases the singer’s deeper spiritual and conscious side. These are profound paeans to peace, harmony, and universal love, which has always been Jah’s calling card.

“Feel So Good”, “Trapped By Love” and “My Genie Of Love”, as the titles indicate, continue to pay tribute to the various facets of love. The honesty of the words becomes increasingly endearing throughout these songs. His laid-back philosophy of love and togetherness might sound generic until you consider how difficult it is to implement in our lives.

“Got It All”, this fifth solo album from Kingly T, is a reflection of uplifting optimism, to bring about a love revolution. What better way to do so than with the very soul of the Jamaica itself, and a dose of solid music for good measure.

5Am dV: “One Life (Off Dome Freestyle)” – laying his mindset on the table