KOLE: “Let It Burn” ft. Miami Horror – a force to be reckoned with!

A guitarist, pianist, and multi-instrumentalist KOLE is a Los Angeles born and raised singer/songwriter, who has worked with up and coming producers like Miami Horror, Tim Legend, Maths Times...

A guitarist, pianist, and multi-instrumentalist KOLE is a Los Angeles born and raised singer/songwriter, who has worked with up and coming producers like Miami Horror, Tim Legend, Maths Times Joy, Cassian, and vets like Dan Heath (Lana del Rey), Scott Bruzenak (Liz Y2K), and more. KOLE who specializes in blending R&B, pop, and funk with her powerful melodies and lyrics has also learned numerous world music instruments in UCLA’s Ethnomusicology program. Her latest track “Let It Burn” feat. Miami Horror, is a force to be reckoned with. The song is a fresh and contemporary indie twist on classic Pop and EDM influences.

KOLE is a powerhouse vocalist, stylistically contemporary but one that digs deep to harvest emotion. To me, her vocals are replete with authenticity, and her songwriting skills have to be highlighted as they conjure up visual storytelling at its best.

With “Let It Burn”, KOLE’s unique vocal swagger is punctuated by percussive rhythms, resonant keys and a locker full of solidly embedded, catchy hooks and harmonies. It’s an introspective adventure that is also a cathartic experience. KOLE is an artist who makes music on her own terms, affording her track with whatever it needs to aid her vision.

KOLE has the chops to get the job done – belting out notes without showing off, expressing a solid vocal range — amidst a backdrop of music that combines soulful pop emotion with EDM’s building climaxes while offering hooky choruses that are sure to get remixed in dance clubs. 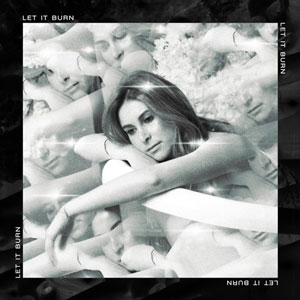 The performance by KOLE and the production by Miami Horror underscores a relatively new collaboration that is already leagues ahead of the wafer-thin talents that are touted as musical sensations these days. “Let It Burn” is nothing if not superb, seemingly never making a musical misstep during its playing time.

KOLE’s booming delivery on the single is further proof that if you’re talented – to make an impact, you don’t need to go outside of yourself; you just need to reach further inside of yourself instead. “Let It Burn” feat. Miami Horror is an indie pop jam that’s dance floor ready and hooks you from the opening moments and refuses to let go.

If there’s one thing KOLE’s music remind us, it’s that pop listeners aren’t all mindless receptacles.  Pop audiences – and any of its subgenre extractions – ultimately like good lyrics that they can relate to, songs with fully developed verses and choruses, and, oh yes, someone who can actually sing.

KOLE delivers this in bucket loads. She has exactly the kind of voice you would expect to win over radio charts. Most importantly, she has the ability to make you believe every word she sings. The voice, the songs, the looks: KOLE has got the whole package. There really isn’t any reason why she shouldn’t be the next big thing in pop.

Ralana: “When The Sun” – ready to tear up the dance-floor!