The Falling: “Never Gonna Let You Down” takes them to the next level!

The Falling was formed by singer/songwriter Pat Rossi who teamed up with Robert Flis to establish The Falling. The band has been featured on numerous television and radio stations.... 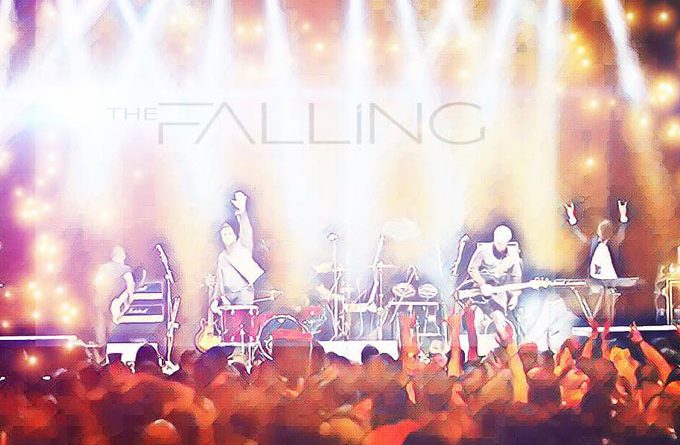 The Falling was formed by singer/songwriter Pat Rossi who teamed up with Robert Flis to establish The Falling. The band has been featured on numerous television and radio stations. Their debut release, the single “This Is the Day”, reached the Top #50 on Canada’s Active Rock Charts, while their sophomore track, “Over The World” repeated that same success. Earlier on in his career Rossi had the unique opportunity of opening for Bon Jovi, while together with the band, they have also opened for 3 Doors Down, I Mother Earth (Brian Byrne), legendary rocker Gilby Clark of Guns n’ Roses, Jonas and The Massive Attraction and International artist Savoir Adore. After the release of their third single “Carry On”, the band followed up with their debut album in September 2017. The Falling has also teamed up with the Grammy Award winning band Imagine Dragons to take on the role as Ambassadors to their foundation called The Tyler Robinson Foundation.

Signed to the Montreal indie label RedJam Records, The Falling bounce right back with a brand new single entitled, “Never Gonna Let You Down”. This song hangs together brilliantly, thanks to the band’s increased musical maturity, thematic content and solid gold production.

If their other singles all reached Top 50 chart spots, this one is definitely aiming straight for the higher echelons of the Top10. Wrapped in every pop, rock and electronic goodie you can think of – a high energy dynamic rhythm, lyrical pathos, colossal hooks, and massive breakdowns – the track is also loaded with an unforgettable melody and rich harmonies. 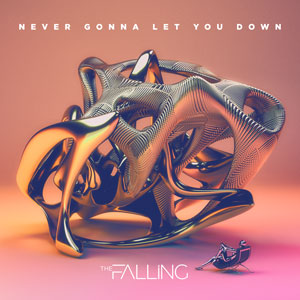 Of course to pull off this complex and luxurious sound, and make it sound as smooth and easy as a Sunday stroll in the park, you need some great vocals upfront, and a super confident band to back it up. Say no more, because The Falling are at the top of their game right now.

The band members harken back to their musical talents and compose what may very well be their best overall song made to date. The Falling totally explore the realms of atmospheric electronics in the song, to accompany Robert Flis’ guitar flourishes, providing an essential key in the momentum of the record’s tone.

Tying all of these assets together happens to be Pat Rossi’s resonating vocal performance as a whole. “Never Gonna Let You Down” really shows Rossi at his best with phenomenal lyrical articulation as he keeps his flow concise with a hint of creativity to make it his own unique style.

Of course, looking at each individual facet of the track, provides a unique outlook on the full general picture. What we have here is a track full of exquisite highlights and an overall chemistry that beats all of their previous releases. And it’s more than enough to take The Falling to the next level.

The song was co-written and produced by the band’s producers, The Lost Boys Productions which is made up of David Rancourt and Antoine Rochette. If you were never a fan of the band before this, “Never Gonna Let You Down” is good enough to make you change your mind.

Grave Robbert – breathing fire all over the studio!