Love Ghost: “Mr. Blue” – a more than worthy addition to their canon

Since their inception Love Ghost have managed to continually sound fresh whilst maintaining their artistic integrity and things are no different on their latest single, “Mr. Blue” produced by... 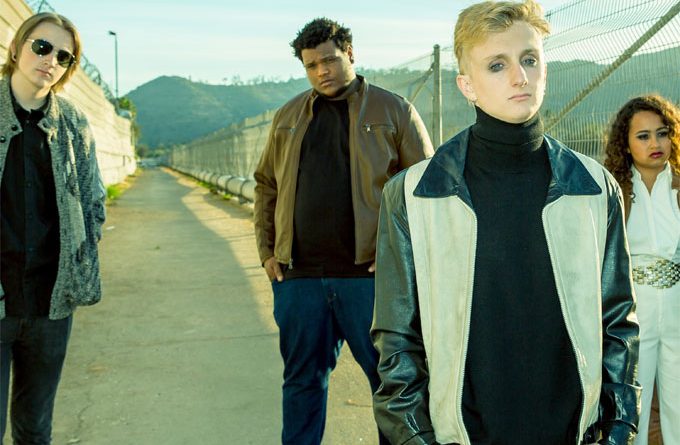 Since their inception Love Ghost have managed to continually sound fresh whilst maintaining their artistic integrity and things are no different on their latest single, “Mr. Blue” produced by Carl Restivo (Tom Morello’s “The Atlas Underground”) . Finn Bell (guitar and vocals), Mya Greene (Viola and Keyboard), Ryan Stevens (Bass and background vocals) and Samson Young (drums) have evolved certain factors of their sound and ventured into new territory, but the new song is not so much a change of direction as it is an affirmation of all the musical elements that made the Los Angeles four-piece band exhilarating to begin with – inspired lyrics, screeching riffs and great melodies. 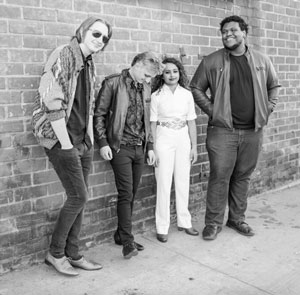 Many of Love Ghost’s contemporaries may have imagined that the thrilling riff-laden alternative smash of their debut album “Lobotomy”, was a one-off anomaly, but the band had other ideas. Instead, Love Ghost settled into a routine in which they’d return with consistently strong material that showcased a subtly evolving sound: delicately refining the ear catching formula of their debut.

Finn Bell’s lyrics are the aural gel that hold everything in place here. Though Love Ghost’s songs have always been characterized by sharp inspired imagery and clever, tongue-in-cheek witticisms, the pithy put-downs or caustic character evaluations of any previous work have been replaced by a worldlier vulnerability.

And that’s how they draw us in, with themes and lyrics that resonate across the soundscapes they create, and characters we recognize in our friends and within ourselves. Here in “Mr. Blue”, it tackles depression and the youth’s inner struggles with relationships and finding their place in society. 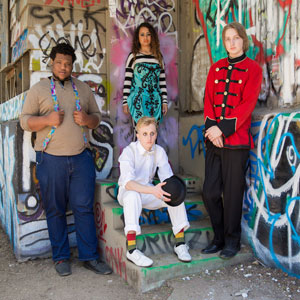 It feels like the pinnacle of the band’s lyrical progress to date, a slice of gorgeous mind and heart-melting imagery which takes melancholic introspection and reflects it through blissful pop-flavored alternative rock. It’s glazed with crunchy guitars and a shimmering melody that comes across as an older, more mature cousin to the tracks that adorned their previous album release.

On paper it shouldn’t work, considering the young age of this band and its members. But few writers of his generation understand as well as Finn Bell, the intricacies of a catchy, pop-tinged alt-rock song, or are able to master the complexities of genre-melding in the way that he and the band prove themselves capable on “Mr. Blue”.

Part of the Love Ghost’s continued success from release to release, has been their willingness to experiment and switch things up. Though not a band you’d ever expect – or even want – to spring a major surprise — they are, above all else, an alternative rock in the most traditional sense.

Love Ghost have consistently pushed the boundaries of their own comfort zone, exploring the limits of their genre without necessarily transcending it, each release taking a fresh perspective. “Mr. Blue” continues that trend, and it is a more than worthy addition to their canon.