Gifty Hammond: “God Is Able” will speak to your heart

Gifty Hammond formally known as Hawawu Dedei Hammond is a Ghanaian who hails from Asre Jorshi in the greater Accra region and Agomeda in Shai hills. You can read... 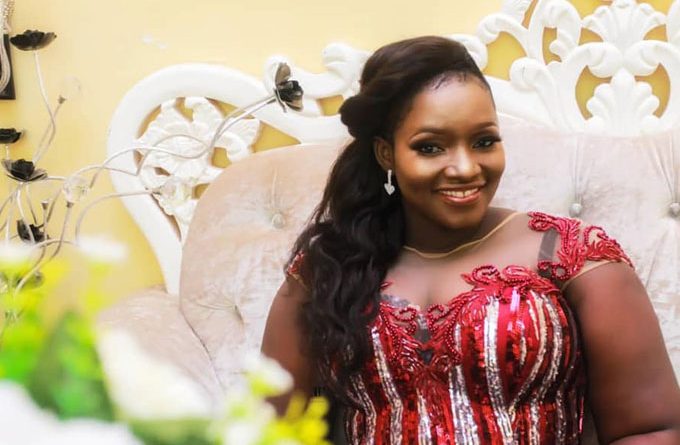 Gifty Hammond formally known as Hawawu Dedei Hammond is a Ghanaian who hails from Asre Jorshi in the greater Accra region and Agomeda in Shai hills. You can read her story down below. Gifty is a trending gospel music producer, songwriter and singer, currently promoting her single “God Is Able” which comes off her upcoming album ‘My Testimony’. Amidst the groovy rhythm and rich harmonies, Gifty does something vocally more valuable and sustaining —she returns to the core melody and meaning of her song. She has the real vocals, the real poise, and the real personality. Gifty is truly an experience, especially for those who have grown accustomed to discovering the weak reality of some of their favorite mainstream artists.

Joyful, uplifting, inspiring, affirmative, exuberant, playful, and universal in its appeal and intention; that is the music of Gifty Hammond. The message and ministry of this contemporary Gospel songstress is abundant with love, faith, rhythm, and wisdom. It is delivered by one of the most persuasive and resonant voices around.

Refusing to be packaged into an updated version of her peers, Gifty is daring, unpredictable, and fluid enough that she doesn’t fall into the mire of genre clichés. However she is never ambiguous in her explicitly God-centered lyrics. 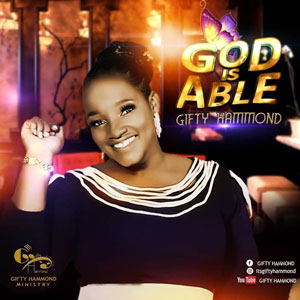 Instantaneously gratifying with a groove that stays with you all day, surrendering to Jesus has never sounded more palatable than on “God Is Able”, a track produced by Tee Mode. Gifty Hammond is able to enliven the song lyrics with her passionate and radiant delivery.

Her voice fits the jazzy Afro-Pop flavor of the song with her characteristic vocal breaks used to full effect. Even the video, perfectly directed by Skyweb Videos, brings across the same infectious energy. It shows that with collaboration, how courage, creativity, and versatility can all put their heads together and create a product that is actually worth listening to, repeatedly.

Gifty Hammond is without a doubt one of the more interesting female vocalists in the Gospel music genre. Her new track is like a first class ticket straight into a world where anything is possible, if you have faith.  We are accompanied into a world where God loves you in spite of your innumerable flaws.

We go into the presence of what it means to be saved from the fire of the dragon when we feel helpless in the face of adversity. Gifty Hammond is so in tune with what she was saying, and it feels as if she is singing from her very soul. This will speak to your heart. 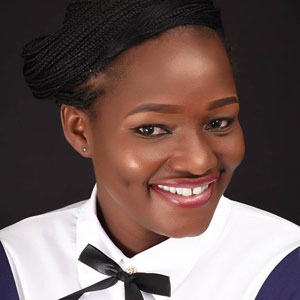 The Gifty Hammond Story So Far: Born into a family of Muslims, she was the second of four girls. Gifty started as a backup singer in recording sessions and moved on to performing on stage with artists such as Nat Brew, Lady Talata, Reggie Zippy and many more. All this while she continued writing songs. She became a journalist through a reality show on T.V3 dubbed ‘Hottest Host’, where she won a 1 year contract with T.V3 as a reporter, and a cash price which she used to register herself into a remedial school to rewrite her SSCE, which she couldn’t pass in SHS.  She was forced into early marriage to a Muslim because she had converted to Christianity in SHS, something her mom and stepdad didn’t take kindly to.

Gifty survived her marriage by selling pure water, ear rings, and oranges etc. on the streets. After her contract with T.V 3 she conceived her son Nhyira and became so ill she could not again couldn’t work again. She searched for work but without any certificates, jobs were hard to come by. As such she could not afford preschool fees for her son, until a neighbor suggested that she teach him herself. This eventually resulted in the creation of Pinks and Blues International Schools with Gifty as the C.E.O. Now she is working on her arduous vision to provide quality education for every child no matter their financial, social or religious background.

D.Tech: “Bust Back” fearlessly lays down the gauntlet