Allen is a singer/songwriter from Brooklyn, NY. In 2014 he moved to New York, USA, from Russia, where he continued his music career. After many unsuccessful attempts in forming... 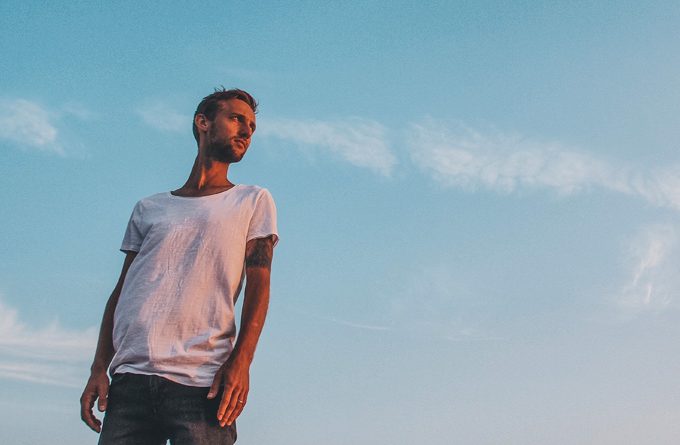 Allen is a singer/songwriter from Brooklyn, NY. In 2014 he moved to New York, USA, from Russia, where he continued his music career. After many unsuccessful attempts in forming a band, he took the decision to launch himself as a solo artist. In 2018 Allen met Ian Litovich who proceeded to produce his music. The two have completed the upcoming album “Run Wild”, while in the meantime Allen has released the single, “Lovers and Friends” – a song about the people the artist loves. 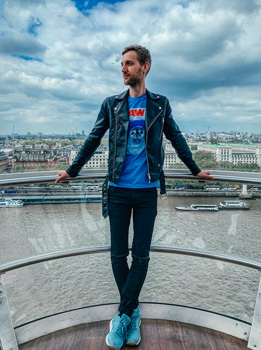 The rhythm is catchy, the harmonies are catchy, and the lyrics are…you guessed it, catchy. Allen’s a great singer and an affable presence. He makes songs you instinctively want to hum along to when you hear them. Yes, this is an excellent pop-rock earworm with a beat, to which you must move your body.

Making the world a better place through song. “Lovers and Friends” is an awesome upbeat song that gives you a warm loving feeling between people and a joyous hope for the future. The track paints positive images of pushing all the right buttons in people. You cannot help but sway while you listen to this.

Allen is very thoughtful with his pen, making sure his words strike home with resonating effect. It is clear to see that Allen has grown into a unique and expressive musician with intense passion and purpose. After listening to “Lovers and Friends”, this became immensely evident to me.

I bet that most critics will have extreme difficulty finding anything wrong with this track. It’s just so perfectly written and performed. Simple and unpretentious, “Lovers and Friends” is like a rollercoaster ride – you ease into your seat and let the track take you through a whirlwind of sensations.

It’s easy to tell the song is about that feeling of ‘being in love and all its fascinating emotions’, from the first listen. The soar of Allen’s heartwarming vocal carries the song into a euphoric atmosphere, paired with lilting notes and eloquent words. 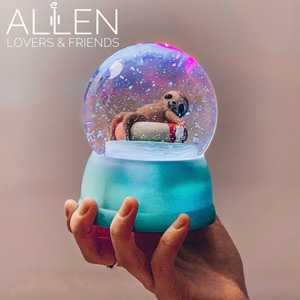 The showbiz hustle dictates you introduce yourself to audiences by any means necessary if you want to make headway in the game. And as a presentation of Allen’s creative convictions, “Lovers and Friends” is perfect, in a way — sleek, tight, and totally feel-good catchy.

He’s obviously been working hard on this thing – writing, singing, and together with producer Ian Litovich, carving out his artistic ambitions. Although the song’s subject matter is extremely heartfelt and personal, the jangly guitars, rolling basslines and banging percussion tell a different story bringing an uplifting summer vibe. This is what gives the track its all-embracing aura.

Allen seems to have found his voice and the way he wants to make music with “Lovers and Friends”. This may sound like a clichéd statement, but his emotions and honesty shine through this song in such a way as to presume the unfolding of a comfortable balance between voice, lyrics and music. Allen’s voice blends gracefully along to the music finding strength and direction. The result is blissfully triumphant!

Ino Jehabur: “I Love It, I Like It” – pure and genuine sounding pop!