Mawgan Lewis (guitars, synths and vocals) and Mat McIvor (vocals) the core members that make up the duo Night Motor, have no interest in mainstream music, so when we... 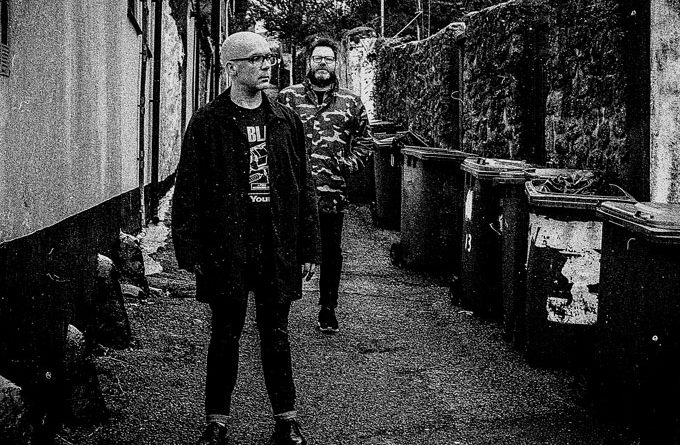 Mawgan Lewis (guitars, synths and vocals) and Mat McIvor (vocals) the core members that make up the duo Night Motor, have no interest in mainstream music, so when we got a preview of the first few tracks off their brand new upcoming album, “Convictions Convulsions”, due out later in the year on digital and limited vinyl edition, we had no idea what to expect. And even if we did, nothing would have prepared us for this kind of explosiveness. Night Motor blend industrial synths, garage rock guitars, hardcore punk vocals, techno rave and cyberpunk beats, and just about any other disruptive element they can find to blow your speaker system out of the grounds. Mat and Mawgan don’t belong in any specific musical genre, as they have created their very own one. Their songs are polished, aggressive, eclectic, and show just how talented and left-field Night Motor really are. 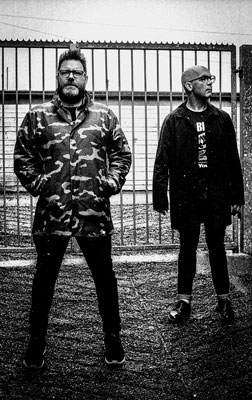 The first single, “Stone Age” taken off the upcoming album, explodes into life with the barnstorming, opening salvo of bone-crushing sonics. Built around the ingredients of big beats, jackhammer drums, and a synth line that buzzes and shocks like a thrashing, stray power cable, it also includes some glorious vocal chants to get you shouting along.

It’s the type of perfectly judged sonic onslaught that is going to sound positively seismic when slotted into their live set. The same can be said of the next track, and the album’s second single, “Martyr”, which quickly detonates with a pounding beat and slabs of overdriven guitar grinds.

Featuring visceral, alternative-rock basslines, it’s the point on the album when all of the confrontational sonic elements thrillingly marry together to create something that sounds genuinely dangerous and unpredictable, while the ascending vocals add a whole lot more bite to the bark.

The song easily achieves the riotous provocation it so clearly threatens to induce. Full of punk potency and escalating, frantic techno lust, “Martyr” builds to a total mid-tempo rave-up. Once you come to appreciate the element of crazy, you’ll come to love every song on this album.

Ferocious and hard-hitting “Confessions” delivers a dependable beat blitz and jagged, crackling guitars that will level the sweaty throngs of Night Motor fans for years to come. When the duo boil their sound to its core, base elements, the results are explosive. 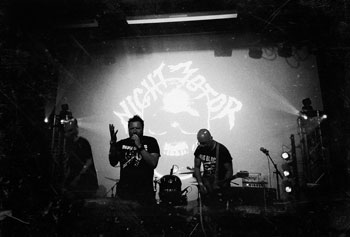 There are incendiary moments that hit euphoric heights here. Night Motor know what they do well, and ably show that they have plenty of petrol left in the can to throw on the fire, as they revolutionize punk, dance and rock music in one fell swoop. Night Motor evokes the kind of musical dirt and debauchery, last heard in the golden era of hardcore punk.

Mawgan Lewis and Mat McIvor will immediately trigger panic attacks and thriving chaos across the mainstream playgrounds with their music. Intensity and suspense surge through their chunky arrangements as a heavy rhythm punches through the distorted electronic and guitar noise, ready to knockout any opponents.

Luckily for mainstreamers, it’s nowhere near where Night Motor need to be going. They revel in acidy madness fueled by blasts of high octane fury – something you’ll hardly find on your local FM radio station!

Catch up with Night Motor at the record label jynnji