By Aim: “The Remedy” exemplifies the power this band can unleash 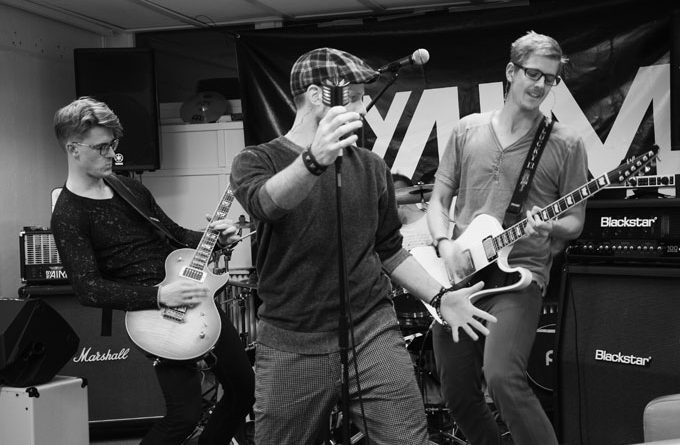 By Aim is a Swedish rock band influenced by bands such as Danko Jones, early Green Day, Foo Fighters, Led Zeppelin, Van Halen, Millencollin & more. The trio is made of Dennis (vocals), Marcus (lead guitar) and Mattias (rhythm guitar), who are backed by good friends playing bass and the drums on the album “The Remedy”. After the release of their first album “Voodoo Vendetta”, in 2016, By Aim played a mini tour in Portugal (Infusion Rock Fest) and at the Sci-fi world event back home in Malmö, south of Sweden, in 2017. Challenging a music scene that is overrun by hand clapping hipster bands, By Aim’s new release cuts through the crap and brings head banging back to center stage, leaving jaws on the floor and mosh pits raging.

The opening track “Some Kind of Voodoo” kicks you in the gut by ramming monstrous guitar riffs down your throat, along with crushing basslines and banging drum beats. Lead man Dennis delivers in spades with wicked power behind his vocals and gripping lyrics, while Marcus pulls off guitar heroics.

The band’s simplicity is what keeps your attention; there’s no fancy sounds, just hard driving rhythms, fiery solos and crushing guitars. Its vicious rock that’s easy to listen to. “Carry Me Home” exemplifies the power this band can unleash.

The song has shades of Judas Priest with Marcus and Mattias dropping bloodcurdling guitar motifs. The chorus will decimate your speakers. “Man on the Edge” is definitely one of the bigger tunes on the album and has the makings of a hit-single worthy; it’s a rock anthem of the highest order.

This is the type of song that the video game industry will likely scoop up before long. It delivers lean and mean blasts of rock that hit hard and stick in your brain for days. The guitarists mix hard rock riffs with punk rock speed and efficiency, which means all the excess fat is trimmed off, and you get a purer rock experience. 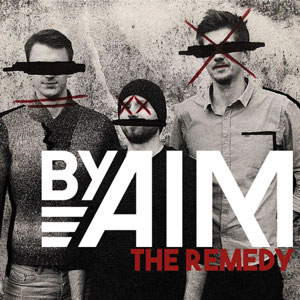 “Minus M” is probably the most accessible track for mainstreamers, led by the excellent melodic vocals which soar over a radio-ready soundscape driven by steady and tasteful drumming.  It’s energetic and rousing, instead of plodding and boring like a lot of radio rock these days.

By Aim is one tight unit. A rocking machine. “Together Apart” is yet another display of no-nonsense rock. This is rock replete with loud riffs and an irrepressibly catchy chorus, and one helluva guitar solo with a nice blend of shredding. The real guitar crunch however, comes with “Gruwing” which goes full blazing monstrous delivering a high-octane track.

By the time you arrive to the closing track, “Louder Then Reggae”, you realize that you always know what you are going to get with By Aim and you always know there’s no chance of disappointment. This cut reminded me of Def Leppard at their legendary best. A thickly layered mid-tempo rocker with plenty of catchy anthemic vocal chants which are hard to resist.

Though hard and heavy, this is another track that would enchant rock radio. By Aim came here to deliver an energetic hard rocking album, and deliver they did indeed. If you’re a fan of grueling riffs, hooks, strutting vocals and cutting beats with a punk twist – expect the best from By Aim, and you shall be rewarded.

Marko: “Dance (Remix)” – a techno underbelly and a pop veneer