Katrell The Phenomenal, unlike some of his contemporaries, has been able to adapt and evolve in order to survive the modern hip-hop landscape, which is seemingly always in flux.... 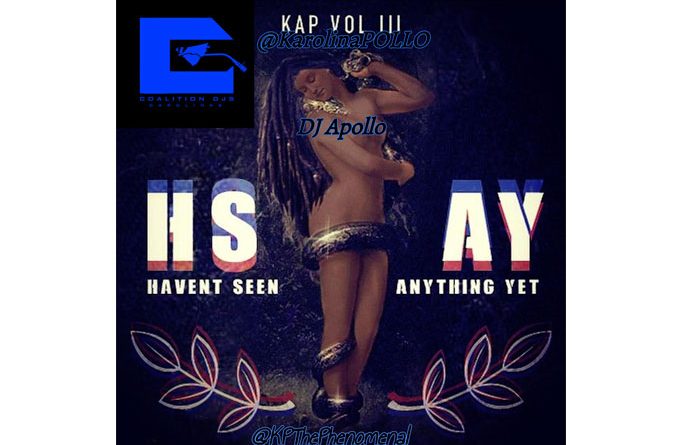 Katrell The Phenomenal, unlike some of his contemporaries, has been able to adapt and evolve in order to survive the modern hip-hop landscape, which is seemingly always in flux. And his latest album, “(#KAPVolIII) Haven’t Seen Anything Yet”, is yet another testament to that rare propensity for longevity. Skillfully bobbing and weaving through rhymes with the grace, the rapper and his army of talented artists, solidifies KAP’s current voice in the game – one for which he began laying down the foundation with his critically acclaimed previous releases, and fruitful collaborations.

There are many ingredients in this eclectic mix of hip-hop’s multifarious and ever-shifting sounds – songs with a host of multiple features and collaborations. All showcase Katrell The Phenomenal’s ability and eagerness to put his own spin on not only where hip-hop has been, but also where hip-hop appears to be headed.

Katrell The Phenomenal is bridging a chasm in the genre at a time where the culture is fractured and segmented. This is perfectly showcased on the single “ButterFly Effect”  a collaboration between 100 Grand Ent and TruBrilliance Entertainment LLC, which features Ike Ellis (@IkeEllisWill), DJ Apollo (@KarolinaPOLLO), and Katrell The Phenomenal (@KPThePhenomenal).

Musically, what we have here makes for an effort that stands pound for pound with its contemporaries. Even in introspective mode these fellas are rife with fervent verbal exchanges and soulful melodic motifs. Ike Ellis delivers the rhymes, DJ Apollo provides the scratching, and Katrell The Phenomenal orchestrates the proceedings and collaboration. Meshing an accessible sound with a knack for conscious lyricism and musical theming, they even outdo their idols.  The track was engineered by DoomGotBeats (doomgotbeats.com/beats). 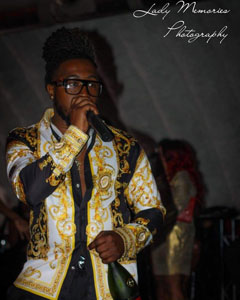 And if we turn to the album “(#KAPVolIII) Haven’t Seen Anything Yet”, Katrell The Phenomenal reminds listeners that despite his underground following, he is still an important figure in hip-hop today. He is very rarely given the true attention he deserves, but hopefully this album won’t remain a hidden gem of 2019.

It is full of harmonious and melodic rap songs that do well to show how far Katrell The Phenomenal and TruBrilliance Entertainment have come. Many hip-hop fans (myself included) have been keeping KAP’s previous efforts in rotation, but now the new album featuring various artists is finally here, and is sure to add some fresh tracks into the mix.

“(#KAPVolIII) Haven’t Seen Anything Yet”, boasts 19 tracks. Hosted by DJ Apollo from Coalition DJs,  you’ll recognize some beats and names, as the album leads in a victorious flurry of samples, sounds and percussion where the artists make the user fully aware of the present: This project is here in the right now.

The lyrics simultaneously respect the past, and the journey in the present, while looking forward in an optimistic and energetic way. For this project KAP has selected the very best talent he could lay his hands on. And also includes some well-known names just for good taste, like Caddy Pack, Waka Flocka, Dyce Payne, Diesel, and Katrell The Phenomenal himself.

There are many moments on this album that stand out, and it seems almost discriminatory to handpick any one title over another. These tracks are all high-caliber, exactly what one would expect from a rapper and music executive like Katrell The Phenomenal.

Once again he has been able to stick to his skillset while also venturing out into new themes, ideas, and sounds. As much as the conversation has to focus on lyricism, composition and structure, KAP has made sure that elements such as pacing, momentum, and vibe are not lost in the process.

“(#KAPVolIII) Haven’t Seen Anything Yet” has a sound that is so cohesive and meticulous, so assured and expansive, that each producer and artist’s strengths are welcomed and magnified, with the evidence of Katrell The Phenomenal’s fingerprints left at every turn. The project is backed by TruBrilliance Entertainment, Pairamilitary Records and Coalition DJs. 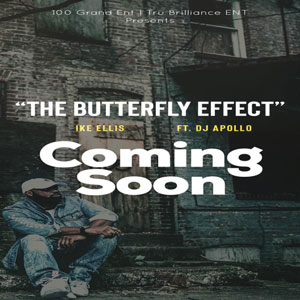 Monica Ortiz: “Journey Home” is everything you expect!