Through a Stream of Struggles CartaGino is set to breakout in 2020!

In the last 3 years, writer, CEO, father, producer, stop the violence advocate and national travel performing artist, Rayshaun Hastings aka Cartagino has had his share of ups and... 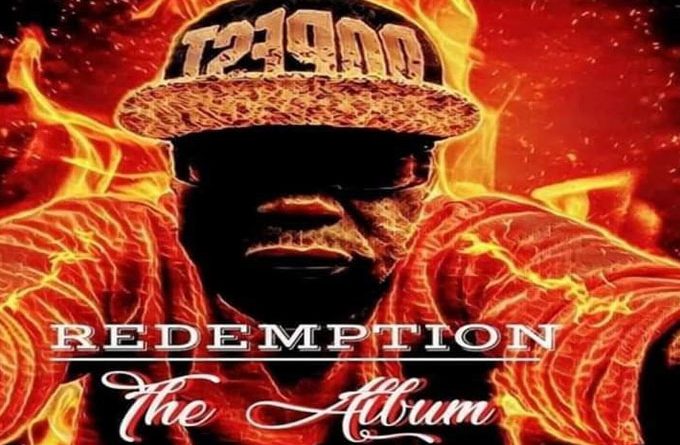 In the last 3 years, writer, CEO, father, producer, stop the violence advocate and national travel performing artist, Rayshaun Hastings aka Cartagino has had his share of ups and downs but more downs then ups. Having 13 surgical procedures and a part of his foot removed, as well as suffering from two life threatening blood infections, staph and mercer left him with short option hospital stays, and nursing living arrangements for almost a year, left him feeling hopeless for some time. But yet throughout all of this, he watched two of his favorite aunts pass away due to cancer.

Cartagino seems to be seeking some redemption for all the hardships and obstacles he has been through this year. For the last 20 years he has been in the trenches of hip hop’s underground circuit with a vision of being the next big breakout artist of 2020.

He has opened for artist such as Kevin Gates, Twista, Project Pat, Bone Thugs and many others. The House of Blues, Hard Rock Café’, The Vortex, Agora, The legendary Peabody, Sadie Renes’, Grog shop, The Apache café, The Rubys, Dream Studio and many other concert hall and night clubs venues are just some of the places he has performed in.

Many know of Cartagino and what he brings to the table – the will, determination and the “won’t-give-up-attitude”, is something you don’t see in many artists of the new wave generation. Having put more meaningful thought into his music, he brings substance back to the for-front, realization and depth makes understanding lyrical content easy.

In 3 months Ray Cartagino has had songs: ‘Show Up To Show Out’ featuring artist, writer, choreographer Carlos Steward aka Mr. Showbiz, and ‘Having Fun’, which features artist and writer Lord Vital play on the radio globally through C-Joy radio out of Colorado, thanks to Lita Robinson and Keith Martin. It also played on Jazz it up internet radio, thanks to Brenda Moss aka Mrs Diva out of Indiana.

Cartagino’s next album ‘The Redemption’, came after his 13th surgery. This project was worked on at the same time as his recovery duration. Songs such as ‘Having Fun’, ‘Blackberry Molasses Remix’ and single ‘Show Up To Show Out’, off of Cartagino’s previously released album, entitled ‘Parental Advisory’, got music listeners and fans on the edge of their seats wondering what’s next for Funknab North and Cartagino with future projects.

A dish best served cold, ‘The Up North Cartel’, ‘The Softer Side of Things’ and long-awaited ‘1250’, Cartagino’s last chapter album, was pushed back until march of 2020, due to hospital stays, blood infusions, intense physical therapy, and a short stay in a nursing home.

After spending weeks learning how to walk again, Cartagino is back on his game and more determined to prove why he and his team can run with the elites of hip hop. Independently he has done for himself what major labels do for their own artists – such as promote, schedule and book tours.

Not many artists invest the time, money, dedication and grind that this artist has done. Nobody knows what’s in store for Funknab North and Cartagino. What is fact, is there will be something to watch for in 2020.

‘The Redemption Album’ is out end of October, while the ‘Hall of Fame UpNorth Cartel Family Album’ is set for release in January 2020.