Flame of Life – ‘Red Sunset’ is totally ahead in the experimental race!

‘Red Sunset’ is a new whopping 25 track album from Belarus based laser band, Flame of Life. “Laser” is a style which combines elements of industrial, punk-rock and nu-metal... 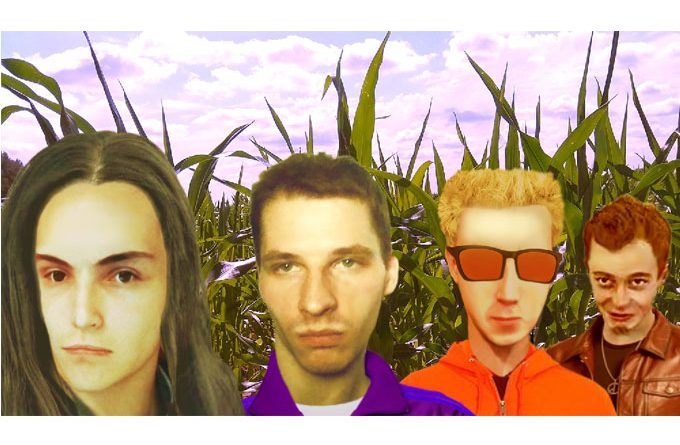 ‘Red Sunset’ is a new whopping 25 track album from Belarus based laser band, Flame of Life. “Laser” is a style which combines elements of industrial, punk-rock and nu-metal driven by synth guitars. It’s an experimental Avant-garde punk hybrid, originated by the band itself. Formed in 2015, Flame of Life was founded by lead guitarist, The Bottle and vocalist Fazer. They then brought in bassist Dead Flower, who was later followed by DJ Arxonix on programming. Finally, at the beginning of 2019 they added drummer The Cowboy. Now they were ready to deliver their third album, ‘Red Sunset’, and their fully updated version of laser music, which the band describes as “a mixture of love and hate, fear and courage. If two things can’t go hand in hand then an explosion happens. We’re trying to make that explosion in the most epic way.”

When your friends get bored with what they’re listening to and want to hear something original (and by original I mean that they’ve played out most other types of music and need something altogether different), you should get them to try Flame of Life. The reason that works so well is because this band can be likened sound pioneers, building weirder left-field electronic beats for the listener that has everything and still wants more.

They take experimental portions of layering, hinging backgrounds of beat onto curtains of ominous vocal effects, and build tracks like no other album you’ve ever owned before. They craft sounds so eclectic that it puts them totally ahead in the experimental race, it’s really something unique which forms an addictive sound if you can get your ears around it. 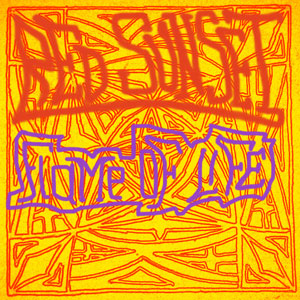 ‘Red Sunset’ is an album that isn’t going to be for everyone and you shouldn’t feel bad if you can’t get into it right away. Many actually suffer that feeling when they first pick it up, noting some constriction in their minds and some angst in their ears as they listen on, thinking that this couldn’t be something they willfully downloaded.

While we don’t always realize it, its oftentimes hard to set aside preconceived notions of how music should be structured and played, hence we may find found ourselves not really liking this album at first because of this mainstreamed sound backwash effect, that we’ve been conditioned by all our lives.

The way the beats form and the way the synths percolate, as well as the foreign elements of sound and the monotone vocals sitting just outside of our comfort zone, on ‘Red Sunset’, throws us off at first. But 25 tracks is a long time.

Enough time for you to find yourself actually “getting it” for the first time. In places where you thought you heard dissonant noise before, you will notice the separation of the beats and the background, making out the messages and the different sonic layers.

I’m not even going to begin trying to break the tracks apart, because we’ll be here all night trying to explain a sound that needs to be heard to be understood. It seems to come from a chaotic spectrum, but it has its own aching anarchic beauty that would escape those who just dismiss this acerbic laser style as `noise’, or just another example of repetitive dissonant electronica.

Flame of Life take music close to a deconstructionist extreme that is extended by in-your-face deep bassy industrial throbs, surrounded by jerky, ripply synth washes that refuse to morph into anything approaching mellifluous.

To describe Flame of Life and more specifically ‘Red Sunset’, to listeners who haven’t experienced this type of music is truly a difficult task. Suffice it to say that while the band is clearly electronica they push the limits of the genre and even question the very rules of music.

They may sound haphazard and disjointed at first but in reality they’re as precise and as deliberate as their laser music can be. Flame of Life are pioneers, exploring places so far away from the safe and snug bubble of all accepted music forms. They are here to shake the mainstream tree!