LEADING UP TO THE RELEASE OF THEIR NEW ALBUM LOVE ON MARCH 27 AVAILABLE AT ALL DIGITAL PLATFORMS AND STREAMING SERVICES ON JETPACK RECORDS “In a cookie-cutter world where... 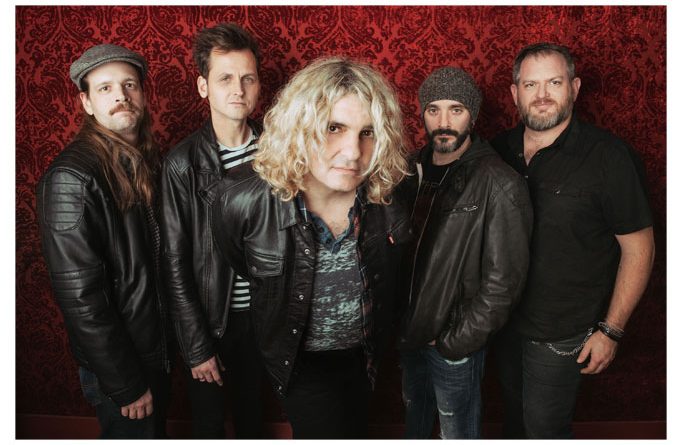 “In a cookie-cutter world where nothing seems to be original anymore, it’s refreshing to find a band like Radio Free Universe” — The Band Camp Diaries Embodying a genre-inclusive approach Radio Free Universe emits an inimitable and irresistible frequency tuned in to rock, alternative, funk, and pop all at once on their upcoming full-length album, LOVE written and produced by Mark McMaster and George Panagopoulos at Sanctuary Recording Studio.

Love will be available March 27 at all digital platforms and streaming services on Jetpack Records with distribution by The Orchard with CD and vinyl releases coming later this year.

The next single “Love Right Now” to be released in on February 28 as a standalone single or a gratis track with an album preorder. The song illuminates the scope of the band’s style.  Ethereal guitar and a steady beat give way to falsetto-punctuated verses from Panagopoulos.  Presave the song here: https://orcd.co/7rw1jd4

“We live in a world where everything, including music, is itemized and made into a genre (indeed the sub-genres grow daily!). Radio Free Universe is showing how to break through those divisions and creating a sound that lives in all of us.” – Maximum Volume Music The band has paved the way for the Love with a pair of singles in 2019.  Fusing airy acoustic strumming and a stark vocal, “Even Angels” has clocked over 110K Spotify streams and the soulful strut of “She’s High Again” surpassed 66K Spotify streams in just a few months. “Never will you find a more innovative way of shaking up the typical three-minute, listener-friendly indie rocker that has existed for over half a century” — Pure Grain Audio.

About Jetpack Records and Sanctuary Recording Studio: Jetpack is an independent record label founded in Hamilton, Canada in 2016 by Panagopoulos and McMaster. A few years before the two met McMaster had purchased a century-old inner-city church and converted it into a premiere recording studio outfitted with top shelf analog gear.

The two started writing and recording together and by the end of 2014 they became partners in Downtown Hamilton’s Sanctuary Recording Studio. Bringing their collective vision to life, the two incorporate a hybrid of the best of both old-school and modern technology and methods, both in the recording studio and on the songs on Radio Free Universe’s album Love.

Sonosphere – ‘Spheres of Light’ is comprised of four enchanting composition