Coraline – “Cataclysm Of The Self” reaps her sensory qualities!

“Cataclysm Of The Self” is a concept album based around the personal journey Coraline (formally known as Onixonst) has been on – gender dysphoria, bipolar affective disorder, identity, depression,...

“Cataclysm Of The Self” is a concept album based around the personal journey Coraline (formally known as Onixonst) has been on – gender dysphoria, bipolar affective disorder, identity, depression, and what it means to exist under these conditions. “This is my most intense exploration of the human psyche since Analogue Dreams and is hopefully layered in a lot of complexity and interest, explains Coraline. “Trying to create a concept album around all this was hard, and looking back, I think I did rather well,” she concludes.

Under the moniker of Onixonst, Coraline has spent the last year putting out the best music of her career on dense, overwhelming packages. Her output though brilliantly creative, was arriving as huge chunks of complex musical data. It was starting to feel like she had abandoned the conventions of music altogether – first rhythm, melody and then song structure. “Cataclysm Of The Self”, created between February and August, 2020, feels like an emotional and melodic roller-coaster.

Paradoxically, Coraline manages to be deep and profoundly emotive as she pounds you relentlessly to the point of paying attention. Dialing back some of her more dissonant tendencies, her new album “Cataclysm Of The Self” reaps her sensory qualities by attaching a rare melodic depth to her expansive synthwave sound.

From the opening tracks, ‘Everything Happened’, ‘Your Soul As I See It’, and ‘Give Everything’, the quickly album feels distinctly open to many possibilities, powered by human lifeblood pulsating through the veins of each track. “Transition” at once delivers a powerful melody over its rhythmic foundation, which feels both exciting and all-embracing. It feels assured in its own harmonic direction and distinct rhythmic potential. 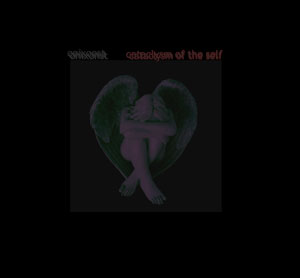 ‘Your Soul As I See It (Slight Return)’ is an intricate and calculated track in which Coraline layers sharp drum rhythms across snaking synth riffs and sporadic tempo spikes. The musical arrangement present on ‘A Mind Without A Body’ represents some of the finest and most varied to be found across this project. In fact, through its intricacy and single-mindedness the track takes on a hypnotic quality towards its close.

Packed with ideas, this album seamlessly sways between primal aggression and soothing clarity. Tracks like ‘A Mind Without A Body’, ‘Together’, and ‘A Quiet Closet’, are both pleasingly melodic and emotionally stirring, as Coraline strikes a balance that was previously left unfound on earlier projects. The result is that “Cataclysm Of The Self” is one of the most rewarding releases in her entire catalogue of works.

On ‘Maybe Tomorrow’ and ‘Feel Something’, Coraline’s synthwave techniques once again prove that electronic can be impactful and tantalizing. Coraline’s knack for finding interesting textures and layers is never compromised throughout the album, as she moves from the oscillating basslines of ‘Set My Body On Fire’, to the slower synth pads on ‘Into The Night’. Beauty cuts through the noise, on ‘There Is Nobody Here’, demonstrating Coraline’s ability to create meticulous energy.

‘Existing For Us’ is captivating, as echoing snares, underscored by deep basslines, give you a vibrant texture to feast upon. “Dysphoria” brings a moment of conflict, as the track is immediately offset by an increasingly cacophonous synth line, and then finishes with a solitary melody, straight out of a charming music box.

The album concludes with the title track, which is a 12 minute epic, pushed forward by the drums, recurring synth motifs, and changing atmospheres. It is the creation of a fevered imagination and unique musical mind

“Cataclysm Of The Self” is a release which perfectly reflects the finest elements of Coraline’s oeuvre. It is a record liberated of stereotypical rituals, unafraid of identification and confident in its expression. With this in mind, it is possible to say that this is the most coherent and consistently enjoyable album from Coraline.

Amarrah – “No Surrender” – an affecting and absorbing listening experience

Extrovrt – “00td” is undergirded by skill and emotion!