Barbara Craig – “You Have Gotta Go Your Own Way” – deft musicality hallmarks the single!

Barbara Craig is a contemporary music composer, producer and artist from Dublin, Ireland. This year she has already released two critically acclaimed singles – “Air That We Breathe” and... 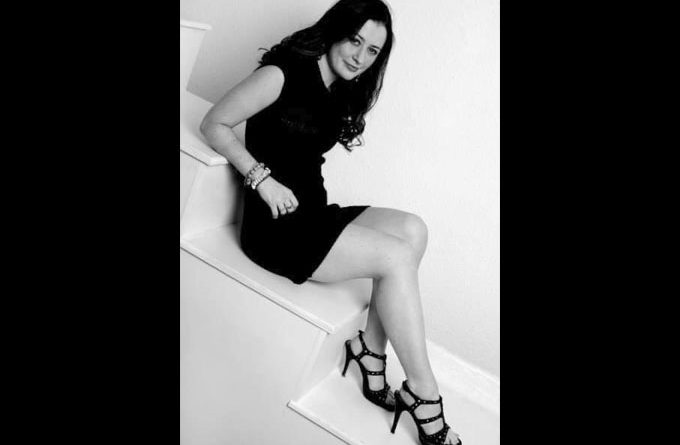 Barbara Craig is a contemporary music composer, producer and artist from Dublin, Ireland. This year she has already released two critically acclaimed singles – “Air That We Breathe” and “I’ll Notice You”, and is due to complete a triad of releases in 2021, with her latest single “You Have Gotta Go Your Own Way”, set to officially drop on the 24th of December, while pre-release kicks off on the 10th of the same month. Listening to Barbara Craig is an all-embracing experience, and her new single is no different. In her distinct otherworldly style, Craig sends you soaring into the stratosphere with this electropop gem. Her music’s spellbinding composition is only a small portion of the incredible power she yields.

Barbara Craig music builds a gentle cataclysmic and colorful barrier of sound, escorting her listeners through the euphoria of her creations. Moreover, her lyrics have a lot of emotional weight to them whilst also attempting to tackle broader issues.

Sonically, “You Have Gotta Go Your Own Way” is a shimmering production where the track brims with vocal, keyboard and percussive gorgeousness, as the listener is kept guessing when Craig throws in unexpected surprises.

There are many intriguing musical ideas scattered throughout the multi-layered track, showing how Barbara Craig can successfully construct a memorable song. ‘Unique’ is a word that is applied far too easily these days, but with this singer- songwriter, it is a perfectly fitting definition.

“You Have Gotta Go Your Own Way” indicates how seemingly random strands can be put together to create a cohesive musical story, as electronic elements mix and blend with the Alto-Sax and Trumpet sounds delivered by Alex Skliarov.

But Barbara Craig’s triumph is not solely down to musical invention: it is also due to her fantastic lyrical ability and singing voice, which allows seemingly simple images to have emotional and intellectual resonance.

Best of all, “You Have Gotta Go Your Own Way” flourishes and renews itself with every single listen. The track is clearly Craig’s most ambitious, innovative and fantastic sonic achievement. If you love her previous singles, you’ll be delighted with this flawless, EDM-tinged pop musical odyssey.

“You Have Gotta Go Your Own Way” is beautiful, real, honest, and brings you into the moment like few other artists can do. This is assured stuff, the sort of thing that happens when an artist steps into the studio with a solid set of ideas and confidence in her pocket.

For me personally, it’s a big step forward from her previous releases. Especially in the vocal department, where Barbara Craig has stepped into the next level. Her phrasing, nuancing and tonal detours have all moved up a notch.

Already uniformly gorgeous, Barbara Craig has also found the time and space, to weave a ton of monstrous catchiness into “You Have Gotta Go Your Own Way”, letting you know that she is serious about her craft. Many masterful strokes of deft musicality hallmark the single, making Barbara Craig’s sound tighter than ever.

itso – “Rise Above It” – returning rock back to its rightful reign!