Blvck Wizzle – “Country Boy Life” is firing on all cylinders!

Merging multiple genres like Country, Blues, Hip-Hop, Rock and R&B, Blvck Wizzle uses his Hendrix Fender guitar as his soundtrack, earning him the nickname Hood Hendrix. On his single... 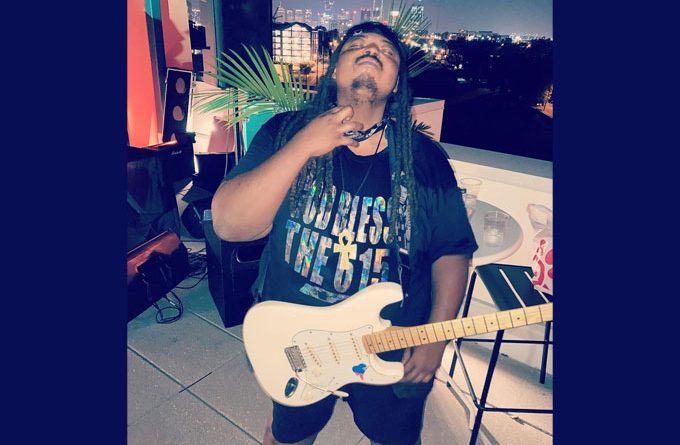 Merging multiple genres like Country, Blues, Hip-Hop, Rock and R&B, Blvck Wizzle uses his Hendrix Fender guitar as his soundtrack, earning him the nickname Hood Hendrix. On his single “Country Boy Life” he showcases all the reason why Nashville has been dubbed ‘Music City’. Blvck Wizzle has also gained a cult-like following by playing with his Hendrix-inspired band THE BLVCK WIZZLE EXPERIENCE, in different Nashville dive bars and clubs.

Blvck Wizzle showcases an ability to throw everything at the wall and somehow make it all stick in one single song. It’s raw, and it’s rugged, but so much attention has been paid to the way the sounds tessellate – it’s genuinely interesting.

The ensemble breathes as one on “Country Boy Life”, a phat core of drum kicks and thick bass flanked by flanged guitars. Blvck Wizzle rips through the mix and introduces some fire bars, drenched in soul and blues.

He was probably born nostalgic, as his music is built on gut-busting retro grooves, and his lyrics describes the city where he spent his time growing up. “Well I been in Nashville all my life. Partying with dancers under hooka bar lights. She said she isn’t trying to call it a night. So imma introduce her to my county boy life,” sings Blvck Wizzle.

Blvck Wizzle is consistently thought-provoking. He captures a mood and makes the song as much about the words, as it is about the music and the swaggering vibe.

The Nashville artist has clearly learned a thing or two about how to use his tremendous artistic resources to his advantage, and makes a personal musical statement to satisfy his nostalgic soul, and rep his territory.  “Country Boy Life” is lean and visceral. It allows Blvck Wizzle to keep looking backwards, while eyeing the future all at the same time.

There are also moments of pure brilliance in this track, as Blvck Wizzle finds his performing sweet-spot. He sounds like a musical maverick, focused on making exceptional sounds that are not trapped inside any little genre boxes.

He gives a performance that demonstrates why he’s leading his own lane. On “Country Boy Life”, he manages to paint his own enticing vision and neatly places himself into a singular artistic lineage. And he sounds thrilled to be relishing in his own creativity.

Make no mistake, Blvck Wizzle is firing on all soulful cylinders, as he floats effortlessly across “Country Boy Life”. Sure, there’s always room for development and venturing to new places, but the rock flavored hip-hop of this song, seems well-suited to an artist of Blvck Wizzle’s electric charisma.

His sonorous pipes, and gritted soul, piles through the guitar-driven backdrop, which stands up to any scrutiny. While behind the mic, Blvck Wizzle stands proud and undefeated like a prize fighter.

Nothing overstays its welcome on “Country Boy Life”, which feels tautly focused on delivering a memorable journey. Blvck Wizzle brings his A-game to proceedings here with a throbbing, pounding beat, and flourishes of intricate guitar delight. His truth shines through the prism of his musicality.