During 2020, singer, songwriter, recording artist, and author, Linda Washington, rose to prominence with her single “Missing You” ft. Superstar Lamar. After a long battle with breast cancer and...

During 2020, singer, songwriter, recording artist, and author, Linda Washington, rose to prominence with her single “Missing You” ft. Superstar Lamar. After a long battle with breast cancer and an abusive relationship, the nurse, and mother of four, wrote and produced the R&B and Soul single, to help other cancer survivors find their way back to love. The project was meant to permeate love into the hearts of breast cancer survivors by making them believe that they are as important as they were before diagnostics, and that their identity is far grander than just being pinned down to a belittling breast cancer tag.

Linda Washington has since continued to release music with a purpose and message, spreading as much positive love as she can. Aside from creating music, Linda has also written the book “Forbidden And Broken – Finding Love Behind The Scars”, which chronicles her battle with breast cancer.

Moreover, she has founded Strength of a Survivor, a platform where she can interact with her audience. She also communicates with her community through weekly live streams, and various events where she performs her music.

Now Linda Washington bounces to the forefront of the music scene again, with the release of her brand new single, “Forever” ft. Superstar Lamar. Here she rides the wave of low-key R&B with such a confidence and panache that the song feels like the start of something truly amazing. Its a track about love that feels totally in love. This is Linda Washington imbued with a sense of confidence, and its infectious. Everything Linda has learned is in full force here.

“Forever” sees Linda Washington and Superstar Lamar ignite their recording spark with charisma and verve. A kaleidoscope of R&B versatility, the song prioritizes the market of classic groove, bottled inside a contemporary narrative of eternal, trustworthy and passionate love.  It’s a document of character and expression while pushing forward Linda’s focused theories on devotion and enduring love. The song triumphs in never having a dull moment. 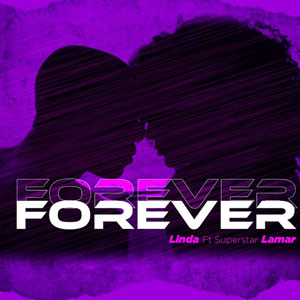 The vocals are crispy and artfully reverbed, letting the rich peaks of Linda Washington and Superstar Lamar’s voices reverberate through the shimmering musical backdrop. The best and most heartening thing about “Forever” ft. Superstar Lamar is that Linda has never sounded better.

The vocal production lends her vocals, new width and strength. In addition to the improved vocal production, the songwriting peaks are some of the highest in Linda Washington career. Linda has become even more adept at writing catchy hooks and melodies.

Compound this with Superstar Lamar’s vocal feature that beautifully complements the song’s instrumental and Linda Washington voice. The harmonizing in the choruses are enough to want another collaboration, if not a full collaborative project from these two.

But what’s more, is that the song could easily make a play for the R&B charts. “Forever” ft. Superstar Lamar is one of the many songs in her catalog, where Linda Washington sounds like she’s genuinely engaged and inspired.

Linda Washington has fully settled into her role as a storyteller of inspiring tales, where she often leaves the listener somewhat spellbound and starry-eyed. Such is the case with “Forever” ft. Superstar Lamar.

Cendric – “Immer nur Du” – At his most captivating, thoughtful and powerful

Baybro T has projects available on all streaming platforms