Released March 28, 2022, “Port Out Starboard Home” is an alternative rock record from Germany-based Italian band, Posh that any knowledgeable music fan is supposed to be excited about,...

Released March 28, 2022, “Port Out Starboard Home” is an alternative rock record from Germany-based Italian band, Posh that any knowledgeable music fan is supposed to be excited about, pay attention to, and be ready to consider the best release of the year. This is a near-perfect album. It’s chock full with great songs. Even with the record’s forays into expansive soundscapes, it is very much a guitar-obsessed album. The guitars are there to anchor everything else, predominantly what’s going on with the rich harmonic vocals, interacting with the rest of the instrumentation. 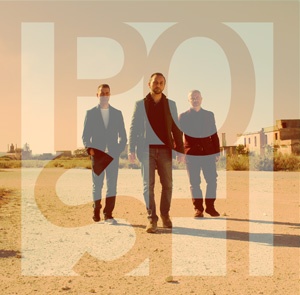 From start to end, the vocals on this album never shy away from capturing the spotlight. There is also a lushness to every instrumental, and production decision here, with warm enveloping tones that smack of timelessness. The music serves less as a genre distinction and more as a legitimate artistic statement. There are rewards aplenty to anyone who will give this record many listens.

Hence, you can easily deduce that, for one reason or another, Posh is an original voice in an established aesthetic, and that is bound to get them positive coverage. Active throughout the first decade of the millennium, the band represented Italy at the International Midem Festival in Cannes, France 2007, before initially stopping its activity in 2009. They made a comeback in 2021 with a cover of the Kate Bush hit single “Running Up That Hill”, which garnered streaming numbers on Spotify.

Posh has recently released 4 singles, which are all included in the album, “Port Out Starboard Home”. When the album opens with “I’ve Always Been”, the jangling guitars and the reverberating vocals indicate that you are going to be listening to something beautiful.

The surreal musical textures with its spacey string vibes, fuzzy guitars and walls of sound, continue on the driving energy of “Chasing Joy”. The exciting musical journey persists with “Mr. Anyone”, featuring a set of fired-up guitars.

The various stylistic infusions on this album is breathtaking, as each track offers something unique, which is what makes this record an excellent and cohesive one. It is music that mystifies, as well as allures, inviting the listener into trancing and mellifluous sonic environments, which still maintains loads of grit. This unfolds clearly between the back-to-back-tracks “Open Arms”, “Plan B” and “Everything Is So Bad”.

You may find bands that succeed in providing mind-altering atmospheres, but very few manage to create a sound that distinguish them from the rest, like Posh. They precisely choose the right effects, tones and notes to perform, composing the most compelling sounds possible.

“Last Goodbye” and “Time Has Come” are a perfect example of that aesthetic, which often loves to rest comfortably upon the dividing line between psychedelia, post-rock, and dream-pop.

Posh have really developed an undeniably elaborate musical style that is present throughout the majority of the album. As you can hear on both “We Are Falling Down” and the album closer, “Near The Balloons Room”, the band incorporate the expansive and complex instrumentation of progressive rock, but the music is composed with catchy melodic ornaments that make them feel more accessible and easier on the ear.

I Forget Myself – “In Vain” – moments of bone-shaking heaviness and celestial beauty!

AMPED SERIES (VOL 01) – a Streamtrax album for gamers to enhance their live streams!